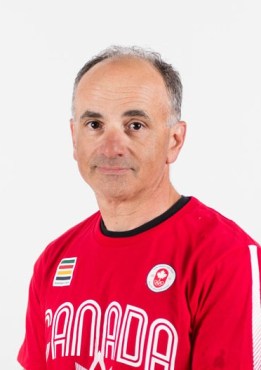 Dan Borg had his dream of representing Canada sparked in 2001 when he learned that the Hobie 16 was one of the boat classes included at the Pan American Games. Two years later he finished seventh at Santo Domingo 2003 with crew Karen Xavier. He returned to the Pan Am Games at Guadalajara 2011 where he again finished seventh, this time with Marshall Champ. Borg achieved a career highlight in 2001 when he won his first North American title in the Hobie 17. He has recently skippered his Hobie 16 with crew Liana Giovando. In 2013 they were ranked 38th in North America and finished eighth at the North American Championships. One year later they finished fourth at the North American Championships, missing out on the bronze medal on a tiebreaker, but ended the 2014 season as the second-ranked Hobie 16 crew in North America. In 2013 Borg narrowly missed a medal at the Hobie 14 World Championships, finishing fourth. He had previously competed at the Hobie 17 World Championships in 1999, finishing 11th.

Family: Younger brother Jeff… Younger sister Deborah… Outside Interests: Honours Bachelor of Business in 1985 from Wilfrid Laurier University… Masters of Business Administration in 1987 from Michigan State University… Odds and Ends: Role model has been six-time Olympian and two-time Olympic medallist Hans Fogh because he represents full dedication… Favourite motto: “Patience – wait a minute and it will all change”…

Liana Giovando moved to Toronto in 2004 to complete her Masters degree in Library Science from the Faculty of Information...