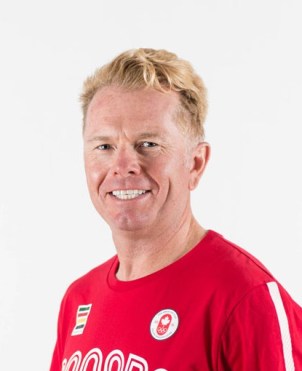 Among David Ogden’s career highlights are winning the 2004 J24 Canadian Championship and competing at the 1999 and 2004 J24 World Championships, which included a ninth place finish at the latter. Ogden is also a three-time J35 North American Champion in 1994, 1997 and 2003. He had his dream of representing Canada at the Pan Am Games sparked by American sailors and past Pan Am Games medallists Tim Healy (2003 gold) and John Mollicone (2011 silver).

Family: Sister Jill Gluck… Partner Christianne Laframboise… Son John (Jack) Ogden born March 2008… Getting into the Sport: Started sailing at age 8, introduced to it by his father John… Outside Interests: Enjoys snowboarding and playing guitar… Works in commercial real estate and is the founder of Secure Capital… Named to Canada’s Top 40 Under 40 in 2004… Honours in Business Administration degree from the Ivey School of Business at University of Western Ontario in 1989… Affiliated with Habitat for Humanity of Greater Toronto as a past board member and current real estate committee member… Odds and Ends: Inspired by Brad Read, who helped him win his first two J35 North American Championships in 1994 and 1997… Likes to get out early and sail the entire race course at least an hour before the start… Favourite motto: “Let’s keep things positive here”…