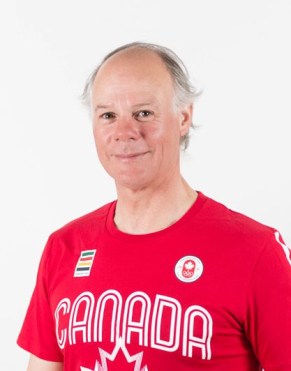 One of Sandy Andrews’ proudest moments as a Canadian came at the 1975 Admiral’s Cup in Great Britain when he was part of the crew of a three-boat team that flew the maple leaf. That was one of three appearances he made at the event once billed as the unofficial world championship for offshore yacht racing. In 1983 and 1987 he was part of the Canadian crew that participated in the Louis Vuitton Cup, the racing series that determined the challenger for that year’s America’s Cup. The 1983 event was a career highlight as the Canadian boat made the semifinals of the Louis Vuitton Cup. Among his other ocean racing credits are the Sardinia Cup (1980) and Canada’s Cup (1984, 2001, 2003). He was also on the crew skippered by Terry McLaughlin that won the 2011 and 2013 New York Yacht Club Invitational Cups.

Family: Wife Cheryl Andrews… Sons Kyle and David… Getting into the Sport: Started sailing at six months, born into the sport… Outside Interests: Works as logistics manager… Earned his Bachelor of Science in 1979… Odds and Ends: Role model was six-time Olympian and two-time Olympic medallist Hans Fogh because of his many successes and because he was always willing to give his time and experience… Favourite motto: “If not now, when?”