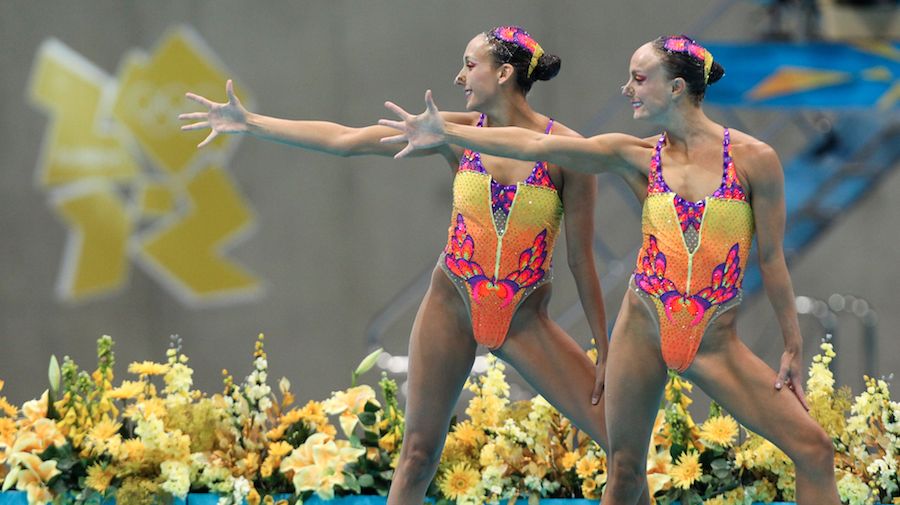 Two-time Olympian Élise Marcotte made her Olympic debut at Beijing 2008 with a fourth place finish in the team event. She recorded two more near-podium results at London 2012, finishing fourth in both the duet competition with partner Marie-Pier Boudreau Gagnon, as well as in the team event. Marcotte announced her retirement after London 2012 following seven years on the National Team.

Marcotte was a double gold medallist at the Guadalajara 2011 Pan American Games, in team and in duet with Boudreau Gagnon, qualifying Olympic spots in both events for Canada at London 2012. Marcotte previously competed at the Rio 2007 Pan Am Games, winning silver in the team event.

Marcotte was part of fourth place finishes in both the duet and team events at the 2011 FINA World Aquatic Championships, maintaining the team placement from 2009 while improving upon her sixth place finish in duet. She helped the team win bronze medals in the combo event at both the 2009 and 2011 FINA Worlds.

At the Delhi 2010 Commonwealth Games, Marcotte was the alternate for the gold medal-winning duet. Earlier that year she had won bronze in the team event at the FINA World Cup. In 2005, Marcotte won gold and two silver at the Junior Pan American Championships in the team, duet and solo events, respectively.

Fluently bilingual, Marcotte holds an undergraduate degree in marketing from Université du Québec à Montréal (UQAM) and a Masters in Marketing from HEC Montréal. Upon retirement from the National Team, she was Vice-President, Marketing at a start-up company, Mission Graduation, and launched Académie de Synchro. It was there that Marcotte started an initiative that allowed Olympians to give back through a series of seminars for athletes ranging from provincial to international level, in a summer camp formula where only Olympians are coaching.  In the summer of 2013, she participated in the International Olympic Academy in Greece where she studied Olympism along with representatives from more than 95 countries. In January 2015, she was hired as the Communications Lead at the Canadian Sport Institute Calgary.