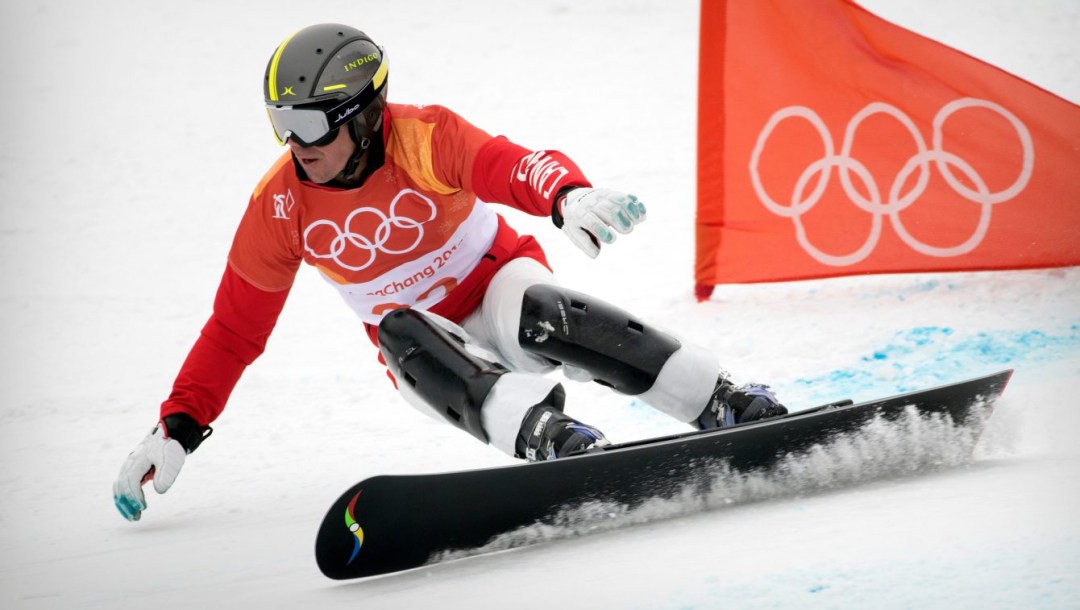 Jasey-Jay Anderson made history at PyeongChang 2018 when he became the first Canadian athlete to compete at six Olympic Winter Games. His career highlight came at Vancouver 2010 when he won a long-awaited gold medal in what was to be his final Olympic race. In the Big Final, Anderson lost the first run, meaning he would have to overcome a deficit of 0.76 seconds in the second run. Barely visible while racing in the rain and fog, he made up the difference to win Canada’s second gold medal in a 10-minute.

Anderson had long been one of the world’s most successful snowboarders, winning multiple world championship medals, but had been unable to break onto the Olympic podium. When snowboard made its Olympic debut at Nagano 1998, Anderson was the leader after the first run of giant slalom. But heavy clouds and fog rolled in, affecting almost all the competitors, including Anderson who ended up 16th.

In 2000-01, Anderson won his first of four Crystal Globes as overall World Cup champion. He also won the first of his four world championship titles, this one in giant slalom. But despite capturing another Crystal Globe in 2001-02, Anderson experienced even more Olympic disappointment in Salt Lake City 2002 when he failed to qualify for the elimination heats in parallel giant slalom. Although he strongly considered retiring, he forged on. Over the next two seasons, Anderson would win two more Crystal Globes. At the 2005 World Championships he won gold in both the parallel giant slalom and the non-Olympic event of parallel slalom.

In the lead-up to Turin 2006 Anderson began to have more success in snowboard cross. In his third Olympic appearance, he finally achieved his first top-10 result with a fifth-place finish in snowboard cross, but the alpine disappointment continued as ended up 20th in parallel giant slalom.

Despite being the “Old Man” on tour, Anderson continued to be a top competitor. At the 2009 World Championships he won his second career title in the parallel giant slalom. After winning Olympic gold, Anderson stepped away from competing. Always one to value the technology put into board development, Anderson decided to start creating his own snowboards. He returned to World Cup competition in December 2011 as a way to both test his product and maintain his passion for the sport. At the 2017 World Championships he proved he was still one of the best in the world with his seventh-place finish in PGS ranking him as the top Canadian alpine snowboarder.

A little more about Jasey-Jay

Getting into the Sport: Got his first snowboard for Christmas when he was 13… Had been introduced to skiing at age six by his ski instructor mother but was intrigued by snowboarding as it started appearing on hills… Outside Interests: Started a blueberry farm in Mont-Tremblant in the early 2000s, which became an important part of maintaining peace in his life… His line of snowboards are designed specifically for alpine racing and named for venues where he has had some of his greatest successes: Cypress (2010 Olympic gold), Whistler (2005 World Championship double gold), Molina (two World Cup victories)… Enjoys biking, kiting, paddle boarding, kayaking with his family… Odds and Ends: Through the Vancouver 2010 Games he had worn pairs of socks from a single batch of 20 pairs bought two decades earlier… Nickname: The Phoenix…

Michael Lambert made his Olympic debut at Vancouver 2010 as a member of the very strong Canadian men’s alpine snowboard...

Marianne Leeson has wanted to attend the Olympic Games for as long as she can remember. She finally got the...