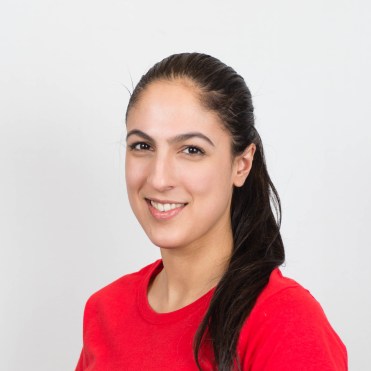 Jasmine Landry is a three-time national champion, winning the 16-17 age group in 2010 and the 18-20 age group in 2014 before capturing her first senior title in 2015. She had a strong junior career, winning medals in two consecutive Junior Olympics and adding two top-seven finishes at the Junior Pan American Championships. Since progressing to the senior team she has remained competitive on the world stage, winning a bronze medal at the 2013 Commonwealth Championships as well as finishing fifth at the 2014 Pan American Championships. She won bronze medals at the 2014 US Open and the 2015 North American Cup. Landry competed at her first senior world championships in 2014.

Family: Parents Christian and Min Landry… Older brother Eric… Getting into the Sport: Started in karate at age 6, following her older brother… She had been watching him since she was 3 and wanted to be involved… Outside Interests: Graduated from the University of Ottawa in 2015 with a Bachelor of Arts in Psychology… Will begin a one-year program in fall 2015 at Algonquin College, studying to become a behavioral therapist for children with autism… Works part time in her chosen field, helping socialize a five-year-old boy with autism… Loves road trips and being outdoors… Odds and Ends: Collects magnets from her travels for her mother… Favourite quote: “Turn fear around – its other face is excitement.”