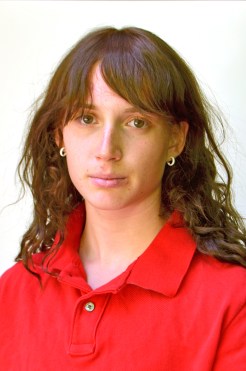 Jazmyne Denhollander may be the newest member of the senior national team, but she is not lacking international experience. In 2010 she competed at the inaugural Youth Olympic Games, finishing fifth in the kayak slalom event and just missing out on the chance to race head-t0-head for the medals. As Canada’s only female kayaker at the Games, she also raced in the sprint event, despite never have been in that type of kayak before. Having made her ICF World Cup debut in 2011, Denhollander made her second appearance at the ICF World Junior Championships in 2012, advancing to the final of the women’s K-1 event where she finished eighth. She went on to compete at the 2013 and 2014 ICF World Championships.

Family: Parents James and Brenda Denhollander… Getting into the Sport: Started kayaking at age 10, following her brothers into the sport after they participated in a school program… Odds and Ends: Favourite quote: “I can never read all the books I want; I can never be all the people I want and live all the lives I want. I can never train myself in all the skills I want. And why do I want? I want to live and feel all the shades, tones and variations of mental and physical experience possible in my life. And I am horribly limited.”  – Sylvia Plath