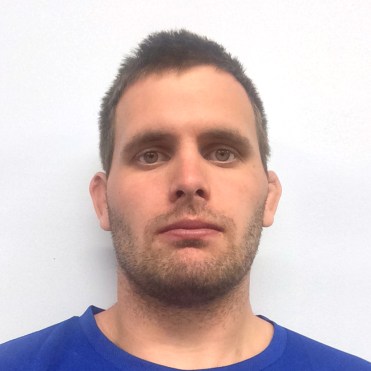 Jeremy LaTour achieved a career highlight in 2014 when he was crowned CIS national champion in the 130kg weight class. In 2015 he competed at his second Pan American Championships after winning the Canadian title in the 98kg division. He had previously competed internationally as a freestyle wrestler in 2013.

Family: Father John LaTour and mother Sandra Preston… Sisters Grade Adair, Leigh Adair, Cindy LaTour, Hollie LaTour, Amanda Kerr… Brother Shawn LaTour… Getting into the Sport: Started wrestling at age 15 because his football coach thought it would help him improve his tackling… As soon as he started wrestling he knew he wanted to represent his country at the highest level possible… Outside Interests: Works as a gymnastics instructor for little kids… Enjoys playing flag football and watching The Walking Dead… Odds and Ends: Favourite motto: “Why is the sky the limit when there are footprints on the moon”… Watches a movie the night before competing to unwind… Collects stuffed animals from his travels for partner Jessica Janda… Coach Doug Cox has been his role model in sport and life…