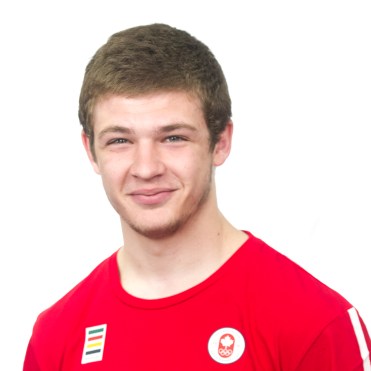 Jonah Burt won his first national title in 2010 when he claimed U-17 gold in the 81kg category. He also won silver at that year’s U-17 Pan American Championships. Advancing through the ranks, he enjoyed a breakthrough year in 2014 when he won the U-21 national title at 81kg and finished second in the senior division at the Canadian championships. He also won a pair of international bronze medals at the Commonwealth Games in Glasgow and at the International Masters Bremen U-21 tournament. Burt then moved up to the 90kg category and captured his first World Cup medal, winning bronze at the Oceania Open Wollongong in Australia. He won the Canadian title in 2015.

Family: Parents David and Karen Burt… Brother Zachary is also on the national and Pan Am Games judo teams… Sisters Mackenzie and Emily also compete in judo… Brothers Samuel and Benjamin… Sisters Kiera and Charlotte… Getting into the Sport: Started in judo at age 7… His father was heavily involved in the sport, competing across North America, and now owns his own judo club… Outside Interests: Studying history at Concordia University… Enjoys watching movies, playing video games, going to school… Odds and Ends: Nickname: Joe…