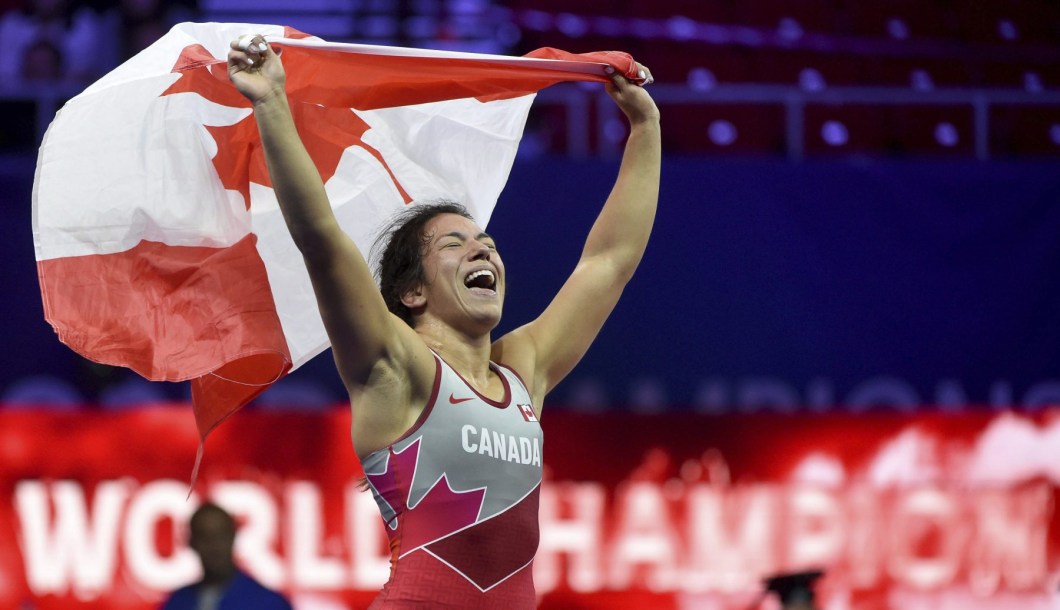 A LITTLE MORE ABOUT JUSTINA

Getting into the Sport: Started wrestling at age 13… Was a multi-sport athlete coming out of high school but decided to focus on wrestling because it offered her the chance to go to a great university… Didn’t really love the sport until she was in university… Won the junior national title at the end of her first season… Outside Interests: Graduated from Simon Fraser University in May 2015 with an English degree… Odds and Ends: Nickname: Juice… Collects glasses and key chains during her travels… Favourite motto: “Somewhere behind the athlete you’ve become and the hours of practice and the coaches who have pushed you is a little girl who fell in love with the game and never looked back… play for her.”

In her last year competing as a junior in 2013, Prabdeep Sanghera won gold at the junior Commonwealth Championships and...