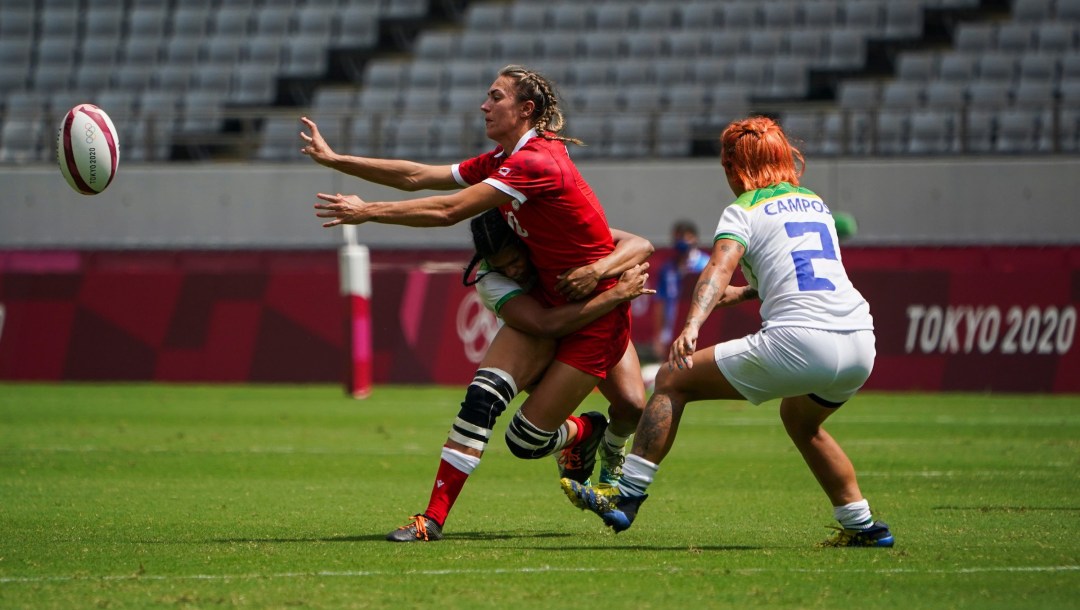 Kaili Lukan’s rugby path mirrors that of her older sister Megan, as she crossed over from playing NCAA basketball at the University of Wisconsin-Green Bay to suit up for Team Canada on the pitch. Lukan first joined the National Rugby Team on the World Rugby Sevens Series tour for the last stop of the 2016-17 season in France. She scored three tries in five matches, helping Canada to a bronze medal at the event as well as securing their third-place finish in the overall standings.

Unfortunately, Lukan tore her ACL in September 2017, right before the next Sevens Series season was about to begin. She required surgery plus a year of rehab before she was back with the National Team. The injury forced her to miss out on a chance to compete at the 2018 World Cup Sevens.

Lukan made the most of her return to Team Canada during the 2018-19 Sevens Series as she scored 10 tries in 35 matches, highlighted by a gold medal at the fourth stop in Kitakyushu, Japan. At the final event of the tour in Biarritz, Lukan scored a pair of tries, helping Canada win bronze. The result also secured a top-three finish in the Sevens Series overall standings, securing a spot for the team at Tokyo 2020 where she would make her Olympic debut.

Lukan made her multi-sport competition debut as a member of Team Canada at the Lima 2019 Pan Am Games. She scored one try, helping Canada to top spot in their pool without giving up a point against, and the eventual gold medal. In the shortened 2019-20 Sevens Series, she scored nine tries in 28 matches, as Canada finished third in the overall standings once again.

A Little More About Kaili

Getting into the Sport: Got involved in rugby in high school, following her older sister Megan into the sport; … Outside Interests: Loves playing basketball in her spare time… Graduated with a Bachelor of Science in Environmental Policy from the University of Wisconsin-Green Bay in 2016… Completing a Master of Arts in Interdisciplinary Studies at Royal Roads University… Odds and Ends: Lived in Curacao for the first six years of her life before her parents moved back to Canada to be closer to family… Older sister Megan won bronze with the Canadian rugby team at Rio 2016… Was a member of the U18 Canadian national basketball team… Favourite motto: “I try to be the best person I can be, always!”…