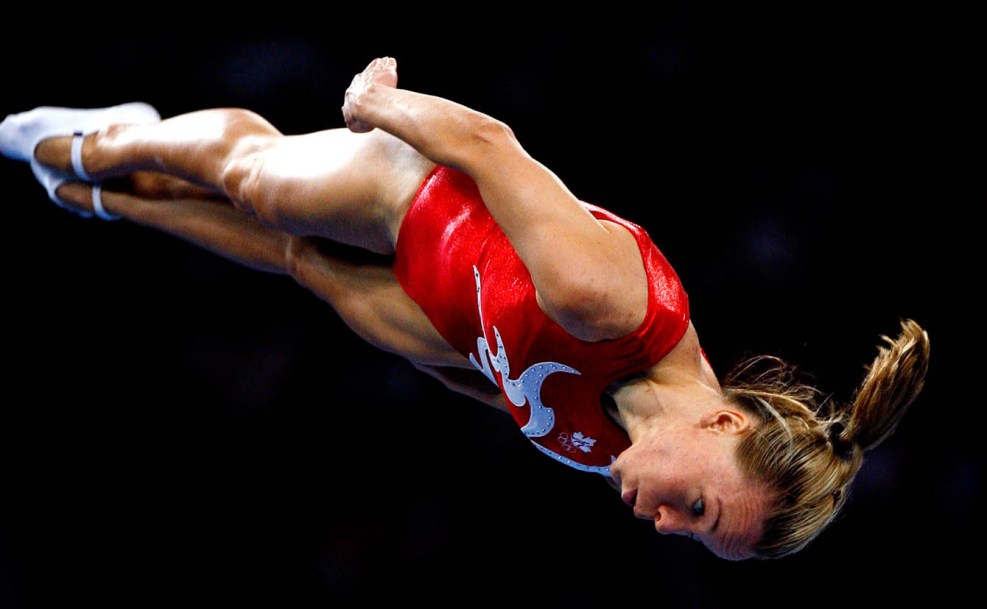 With three Olympic medals to her credit, Karen Cockburn has made more trips to the Olympic podium than any other female trampolinist in history.

She won bronze in trampoline’s inaugural Olympic Games at Sydney 2000, following it up with silvers at Athens 2004 and Beijing 2008. It was a minor miracle that she even competed at the latter. Just a couple of weeks before the world championships in the fall of 2007 she had torn the meniscus in her right knee – the same knee that needed an almost complete reconstruction when she was 15. Knowing it was the Olympic qualifier, she fought through the pain to compete and advance to the final, helping to secure Canada two Olympic berths in the women’s event. She then underwent surgery, recovering in time to compete at the Games, though not pain-free. Having won her third consecutive Olympic medal, becoming just the second Canadian athlete to win three straight medals in the same individual Olympic event, she was honoured to be named Canada’s Closing Ceremony flag bearer. She narrowly missed a fourth Olympic medal with her fourth place finish at London 2012.

Cockburn won gold at the 2007 Pan Am Games but was unable to defend her title at Guadalajara 2011 when she developed a stomach illness and had to withdraw after leading the qualification round. World champion in 2003 – the first Canadian to ever win that title in trampoline – Cockburn also won a world bronze medal in 2009. She took time away from the sport after the 2012 Olympic Games to start a family with husband Mathieu Turgeon, himself an Olympic bronze medallist in trampoline at Sydney 2000. Their daughter Émilie was born in September 2013.

Returning in 2014, she intended to compete at the FIG World Championships in November but at that event she broke her left ankle when she landed on the frame of the trampoline in training, requiring surgery. She was allowed to resume jumping in March 2015. Just four months later, she won bronze at the 2015 Pan Am Games in Toronto, sharing the podium with gold medallist teammate Rosie MacLennan. In recognition of her stature in Canadian sport, she had been selected to recite the athletes’ oath at the Opening Ceremony.

Getting into the Sport: Started trampoline at age 11 as training for gymnastics and diving… Began competing internationally two years later… Outside Interests: Studied holistic nutrition at the Canadian School of Natural Nutrition… Affiliated with Jump Start and At My Best… Odds and Ends: Favourite quote: “A mind clouded by doubt cannot focus on the course to victory” (Memoirs of a Geisha)… Nickname: K-dawg…