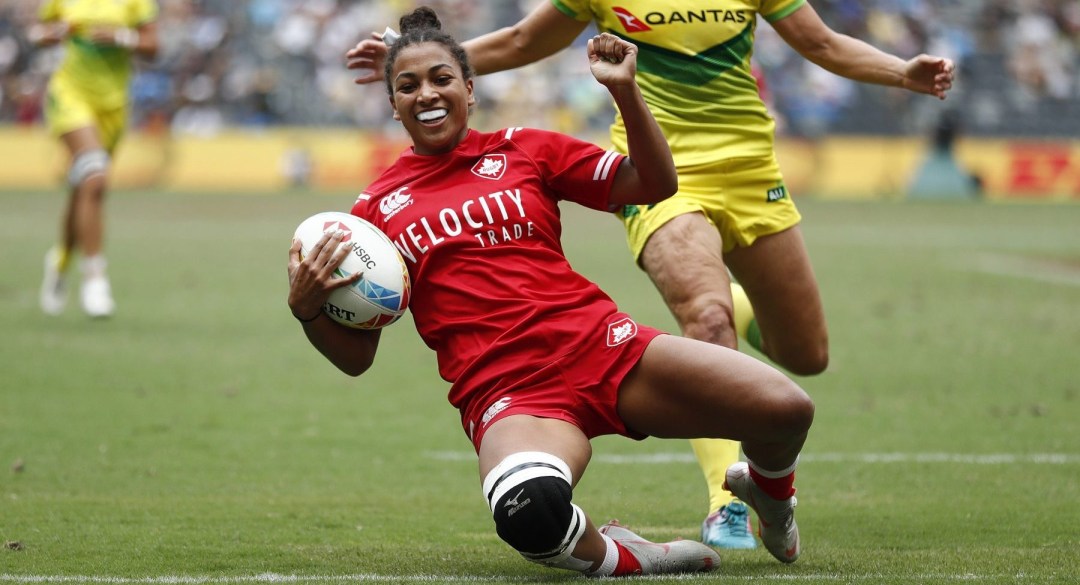 Keyara Wardley made her debut with the senior Canadian Sevens team at the Kitakyushu stop of the 2019 Sevens Series. She scored a try in her debut, helping Canada take their first tournament title since early 2017. She added another try on home soil at the Canada Sevens tournament in Langford, B.C. Canada finished fifth there and ended the season in third place in the overall standings.

Wardley added another three tries for Canada in the shortened 2020 season, all at the last event of the year in Sydney. Canada would take silver at that event. In her Olympic debut at Tokyo 2020, Wardley scored two tries in two games before suffering a hip injury against Fiji that took her out of the tournament.

Wardley has been centralized with the national sevens program since 2017. As a junior, she played with the U18 and Canada Maple Leafs programs. She won a silver at the 2017 Commonwealth Youth Games and took home bronze with Team Canada at the 2018 Youth Olympic Games.

A Little More About Keyara

Getting into the Sport: Started playing rugby sevens at age 16… Was drawn to the speed of the game compared to 15s… Outside Interests: Enjoys hiking or anything that gets her outside… Would like to pursue a career in forensic science… Odds and Ends: Brother Evan Wardley plays professional hockey in the ECHL and has been her biggest inspiration… Collects snow globes from her travels…