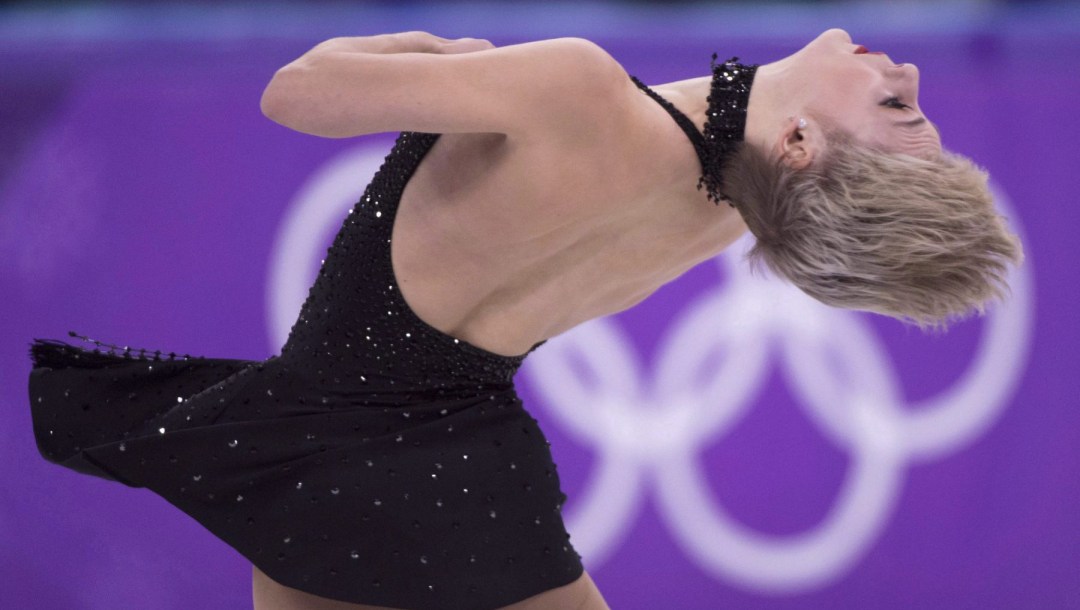 Larkyn Austman put together two of the best performances of her career to win the bronze medal at the 2018 Canadian Championships. Eight years earlier, she had skated on Olympic ice as a flower retriever at Vancouver 2010, giving her a front row seat to watch Joannie Rochette win the bronze medal which really sparked her own Olympic dream.

In 2013, Austman won the junior national title at age 14. But later that year she developed tendonitis in both of her Achilles tendons due to boot issues, which took her out of competition for most of the 2013-14 season. She pushed through to make her senior debut at the national championships, after which she competed at the 2014 World Junior Championships.

In December 2014, Austman stepped away from skating, having lost her love of the sport. She watched that year’s nationals on TV but by March 2015 had grown bored of everyday life. She returned to the ice, switched coaches, and found herself in a happier place than ever before.

After finishing sixth at the 2016 Canadian Championships, Austman posted a fourth-place finish at the 2017 nationals, earning her a spot on the national team. A month later, she competed at her first senior international competition and won a bronze medal at the Challenge Cup in The Hague, Netherlands. In October 2017 she made her Grand Prix debut at Skate Canada International.

A little more about Larkyn

Getting into the Sport: Her mother enrolled her in skating when she was 3, stressing that she should do it because she wanted to, not just because her parents were skaters (her mother is a former novice national champion)… Entered her first competition at age 5… Outside Interests: Enjoys reading, hiking, playing with her dog, yoga, making vegan food… Works as a restaurant server… Would like to pursue a career in dietetics… Graduated high school in June 2016… Odds and Ends: Played a Russian figure skater in P&G’s 2014 “Thank You Mom” ad campaign…. Role models are Joannie Rochette because of her perseverance at Vancouver 2010 and Kaetlyn Osmond for the way she has dealt with so many injuries to become a world silver medallist… Favourite motto: Take one thing at a time…