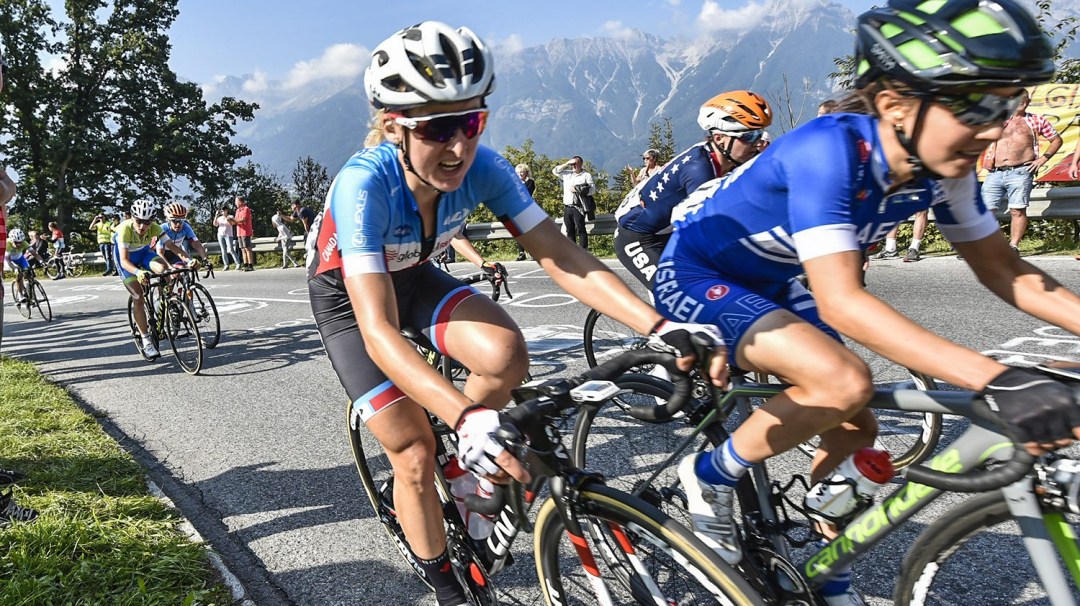 As a teenager, Leah Kirchmann spent her winters racing on cross-country skis and her summers racing on bikes. She achieved a major highlight in 2008 when she competed at the junior world championships in both road cycling and mountain biking. But when it came time to pick one sport to focus on, road cycling won out.

Kirchmann had an eventful year in 2014. She broke her clavicle for the second time in her career, but also competed at her second Commonwealth Games and finished fourth in the team time trial at the world championships with her Optum powered by Kelly Benefit Strategies trade team. Her biggest highlights were becoming the first Canadian to sweep the national titles in the road race, time trial and criterium as well as her third- place finish in the one-day 89km La course by Le Tour de France.

In July 2019, Kirchmann finished second in La Course by le Tour de France. But her season came to an end in September when she partially tore an MCL in a crash, forcing her to miss the world championships. She competed in her second Olympic Games at Tokyo 2020 which was highlighted by a 12th-place finish in the individual time trial.

A Little More About Leah

Getting into the Sport: Started cycling at age 13 with the Kids in the Mud mountain bike program in Winnipeg as training for cross-country skiing… Was quickly hooked after a few good battles through the mud… Liked the combination of physical, technical, tactical and mental challenges… The provincial coach immediately recruited her to the road team…Turned professional at age 20… Outside Interests: Enjoys cross-country skiing, hiking, cooking, mountain biking, yoga… Graduated from Quest University with a Bachelor of Arts and Sciences in Public Health Nutrition…  Supports Fast and Female as an athlete ambassador… Leads the mentorship program for Global Relay Bridge the Gap fund, which supports Canadian riders in their transition from junior to the professional ranks… Odds and Ends: Favorite quote: “We are what we repeatedly do. Excellence, then, is not an act, but a habit.”  – Will Durant…