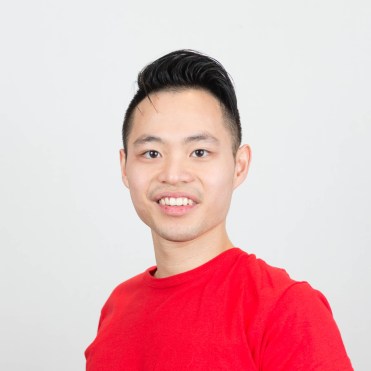 Leirick Chung has wanted to represent Canada since he made the Karate Ontario provincial team as a 14-year-old. He gained even more confidence after reaching the podium in his first major tournament, taking bronze in his national championship debut. He achieved a career highlight in 2007 when he won the junior Pan American title. In 2008 Chung earned the Grand Champion award at the national championships when he captured four gold medals. It was his first time competing in the senior division. He added another senior national title in 2015.

Family: Parents Nelson and Audrey Chung… His mother is his role model because of her work ethic which inspires him to give 110-percent in training… Twin brother Leivin is also a member of the Karate Canada national team… Getting into the Sport: Started karate at age 6… Was frequently sick and weak as a child so martial arts was a way to get exercise and become stronger… Was also a fan of Bruce Lee and Jackie Chan movies and was inspired by the way they punched and kicked with speed and precision… Outside Interests: Will graduate Queen’s University in November 2015 with Masters of Science in Physical Therapy… Enjoys reading books and articles related to physical activity, exercise programs, coaching, and physiotherapy… Enjoys playing basketball and soccer… Affiliated with Sick Kids Foundation, Canadian Cancer Society and Epilepsy Toronto because he believes that giving back to the community is a responsibility of a professional athlete… Odds and Ends: Favourite motto: “Don’t quit. Suffer now and live the rest of your life as a champion”… Always pounds his chest with his first before a match… Nickname: Slick Rick…