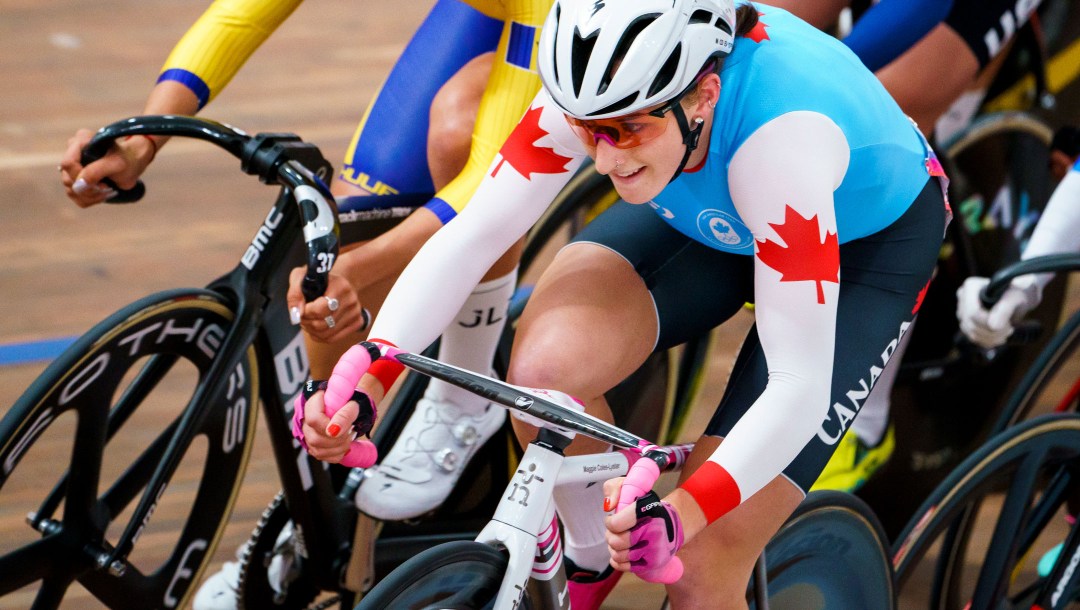 • Competes in both track and road cycling
• Became Canada’s first ever junior world champion in track cycling in 2017, winning gold in the points race a day after winning silver in the omnium; had won bronze in the omnium at the 2016 Junior Track World Championships
• Won bronze in the team pursuit at her first career UCI World Cup in Belarus in January 2018

A LITTLE MORE ABOUT MAGGIE

Getting into the Sport: Learned to ride a bike at age 5… Began racing cyclocross at age 8 and started road racing soon after that… When she was 12 she was finally the right size to ride the rental bikes at the velodrome and fell in love with track cycling, entering races when she was 14… Her parents owned a bike store and sponsored a team that included Canadian Olympic medallists in the team pursuit, giving her first-hand inspiration… Outside Interests: Hobbies include equestrian and yoga… Odds and Ends: Takes a picture of herself doing a yoga pose in front of a landmark from each place she travels for competition…