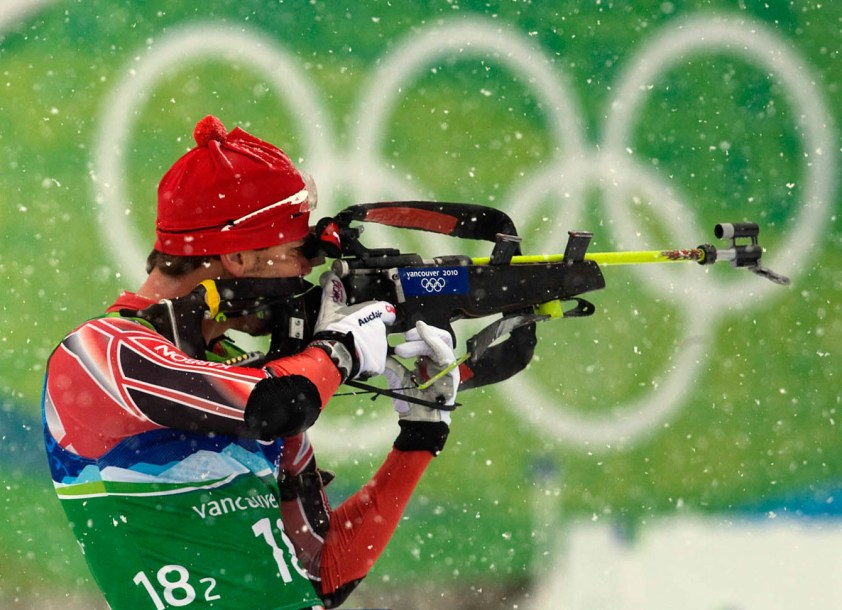 Marc-André Bédard made his Olympic debut at Vancouver 2010 where he was a member of the 4×7.5km relay team that finished 10th, matching a best-ever Canadian result.

Started biathlon in 2000 … Inspired by biathlon legend Myriam Bédard (no relation), his father, who was a cross-country skier forced to leave sport to help his family financially, and brother who was high performance mountain biker forced to retire due to injury … Experienced mountain biker, cross-country skier and soccer player … Plays the guitar and harmonica, brings them on the road …Is a barman at the Hilton in Quebec City … Sport idols are Michael Jordan, Muhammad Ali.

2009-10: Finished 28th in 20 km individual, 24th in sprint at IBU Cup in Ridnaun-Val Ridanna, ITA. 2008-09: Met the three Olympic criteria at IBU Cups and his first World Cup in Trondheim, NOR ... Finished 46th in sprint, 56th in pursuit there ... Was top Canadian rookie. 2007-08: First Canadian to win an international competition at the IBU Cup Final at Sansicario, ITA, in first year as senior ... Biathlon Canada's Male Athlete of the Year – at national, provincial and regional levels ... Established an important criteria for the 2010 Games. 2006-07: Won bronze at Junior WC in the 4x7.5 km relay at Martel, ITA ... Captured his second Canada Games medal in Whitehorse ... Won two gold medals at the Canadian Championships. 2005-06: Difficult season saw him qualify for national team, finished 14th in individual, but was disqualified from the relay when he fell and broke his gun in the sprint ... Canadian youth champion in sprint, 3rd in individual. 2004-05: At Junior WC, had excellent results of 10th in pursuit, 11th in individual and 13th in sprint ... Also won a silver medal in relay ... Those were the best results for any North American in each event ... Captured two Canadian Championships medals. 2003-04: At Junior WC, won his first international medal, a silver in relay.