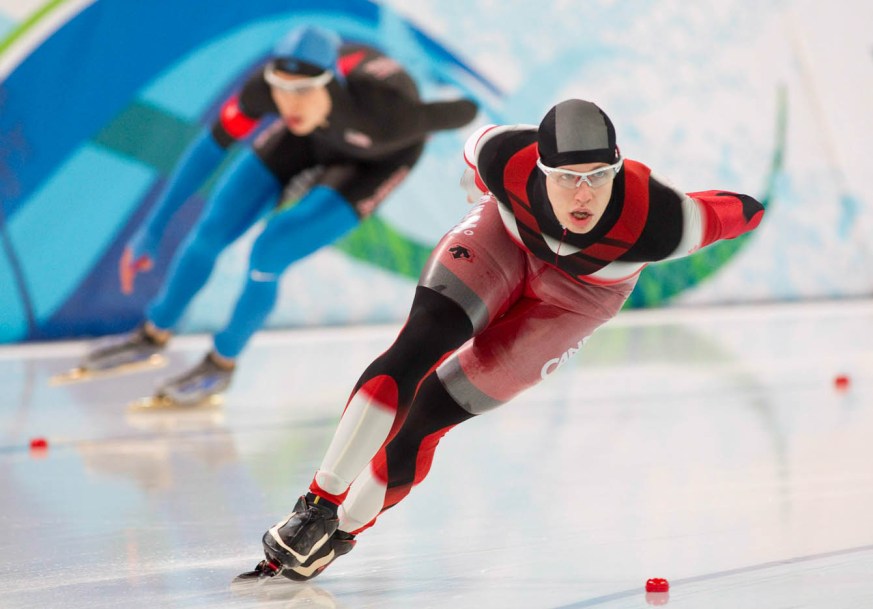 Mathieu Giroux became an Olympic champion in long track speed skating just over a year after he made the switch from short track. He teamed with Denny Morrison and Lucas Makowsky to win a somewhat surprising gold medal in the team pursuit at Vancouver 2010.

Giroux had represented Canada at the world junior championships for short track speed skating in 2003, 2004 and 2005 but came up short in his bid to qualify for the 2006 Olympic team.  Later in 2006 he would suffer an ankle injury that would cause him to miss most of the 2006-07 season. The problems carried over into 2007-08 and he was advised to undergo surgery. Upon returning to the ice in September 2008 he found that his ankle was weak and prone to swelling, making the tight corners in short track more difficult. He decided to give long track a try and headed west to train with the national team. He was added to the squad for two of the season-ending World Cups of 2008-09.

In 2009-10 Giroux competed at six World Cup stops, winning three medals in the team pursuit. The skills he had gained as a short track speed skater competing in pack races prepared him well for the team event.

Since Vancouver 2010 Giroux’s focus has been on his education but after finishing the 2013 winter semester has turned his attention fully to defending the Olympic title.

Getting Into the Sport: Started short track speed skating at age four… His parents wanted him to play hockey but he couldn’t enroll til he was five so they put him in a learn-to-skate program run by the local short track club… Switched to long track in 2008 after an ankle injury… Outside Interests: Studying pharmacy at University of Montreal… Holds a black belt in taekwondo… Enjoys cycling, rollerblading and playing video games… Odds and Ends: Sporting idol is Muhammad Ali for his confidence and focus…