In Maxime Potvin’s first year of international competition in 2009 he won a gold medal at the German Open and a silver medal at the WTF World Championships. He added more gold medals in 2012 at the US Open and the Pan American Championships. That season also saw him win bronze at the Military World Championships. Potvin had a standout year in 2014 when he won three gold medals in seven tournaments, being victorious at the Swiss Open, Mexico Open and Pan Am Open. He also won a Grand Prix silver medal in Manchester. He opened 2015 with podium finishes at the Canada Open, Swiss Open and Mexico Open, including two gold medals.

Family: Father Guy Potvin, mother Hélène Catellier… Younger sister Marie-Ève… Getting into the Sport: Started taekwondo at age 7 because a friend was involved so he signed up… Has wanted to compete in the Olympic Games since taekwondo became an official sport in 2000… Outside Interests: Bachelor of Arts in sports intervention at Laval University… Amateur photographer… Enjoys tennis… Odds and Ends: Favourite motto: “Nothing happens when you do nothing”… Role model is coach Paul Germain, a three-time World Champion… Nickname: Popo… Always gets a foot massage to prepare for competition… 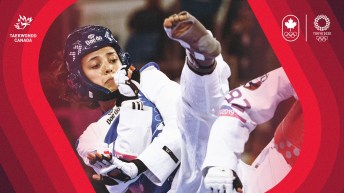 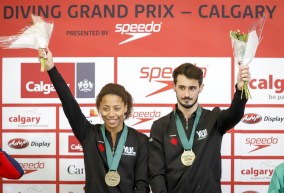