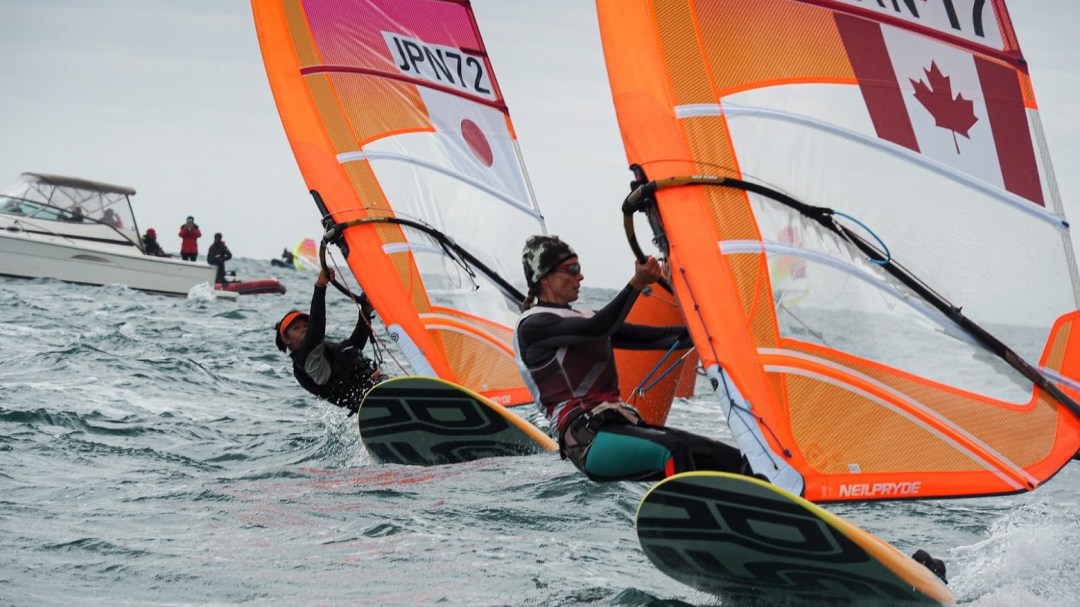 Nikola Girke’s life motto “Dare to Dream, Dare to Achieve, Dare to Succeed” is inspired by her idol Terry Fox who said “I just wish people would realize that anything’s possible if you try. Dreams are made if people try.” Girke followed that advice after her father passed away from pancreatic cancer in 1997. Having stopped sailing while he was sick, she gave up her comfortable life to pursue her Olympic dream.

Girke would become the first Canadian sailor to ever compete in three different boat classes at the Olympic Games. After debuting in the 470 (two-handed dinghy) at Athens 2004 with skipper Jen Provan, she switched to the RS:X (windsurfer) in 2005, qualifying for Beijing 2008 and London 2012. Remarkably, she competed in a new boat class, the mixed Nacra 17 (multihull), at Rio 2016 with partner Luke Ramsay, finishing 15th.

As Canada’s top female windsurfer, Girke recorded the country’s best-ever Olympic result in the event with her 10th place finish at London 2012. After only windsurfing a few times since those Games, she jumped back on the board and with just a week of training earned the lone Canadian berth in the women’s RS:X for TORONTO 2015, where she began competing just two days after the Nacra 17 world championships. Ramsay and Girke had a great start to 2016, qualifying for Rio with their 15th place finish at the Miami World Cup and following that up with a 15th place finish at the Nacra 17 world championships.

Following her fourth Olympic appearance in Rio, Girke took a lengthy break from full-time training and competition to allow her mind and body to recuperate after 15 years as an elite athlete. In January 2020, she returned to racing RS:X in major international competition and placed fourth at the World Cup stop in Miami. That result secured an Olympic spot for Canada in the RS:X for Tokyo 2020. Girke would go on to be the top Canadian in the event at the 2020 World Championships. She made her fifth Olympic appearance at Tokyo 2020.

A Little More About Nikola

Getting into the Sport: Started sailing at age 8 at summer camp and began racing at age 12… Got into windsurfing at age 16 on a trip to Costa Rica with her father who was an avid sailor… Outside Interests: Loves fixing up a classic VW bus… Enjoys surfing, biking, cross-country skiing, snowshoeing, gardening… Bachelor of Human Kinetics from the University of British Columbia in 1999… Earned a Graduate Certificate in Executive Coaching from Royal Roads University in 2013 and works as an Executive and Emotional Intelligence Coach… Odds and Ends: Affiliated with Fast and Female, KidSport, 60 Minutes Kids Club – organizations that give kids a chance at sport and empower girls… Pre-competition ritual: never finish the practice race… Nickname: Naki, Nikki G… Travels to major events with her teddy bear Felix who she got for her first birthday…