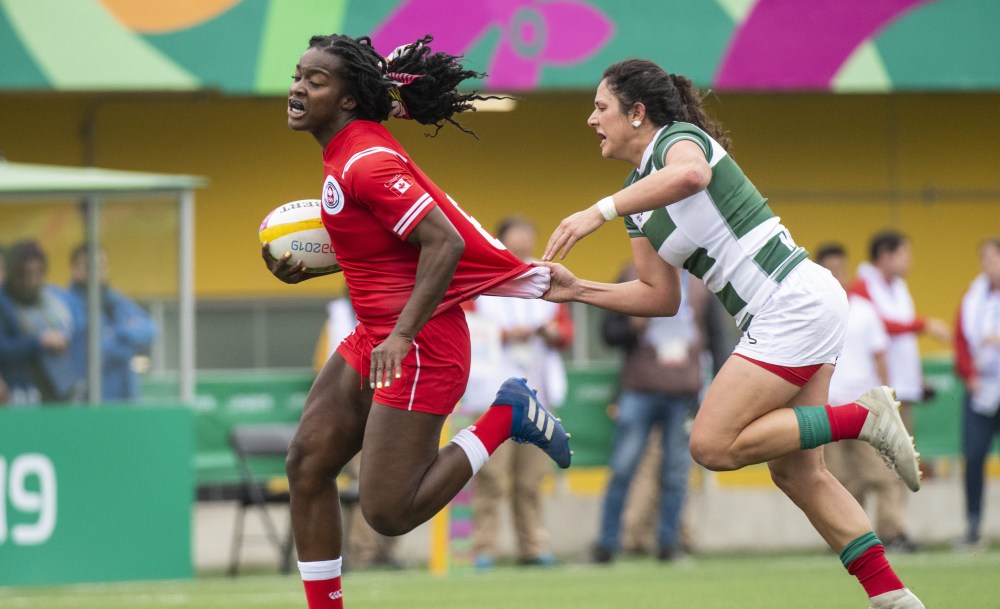 Pamphinette Buisa first joined the Canadian program in 2014. That year, as a member of the development team, she helped Team Canada win silver at the Youth Olympic Games in Nanjing. In 2016, she competed at the FISU World University Championship where Canada also won silver. In 2017 while attending the University of Victoria, she helped the Vikes win the Canada West title and qualify the team for its first ever national championship.

Buisa joined the senior national team for the 2017-18 World Rugby Sevens Series. She made her World Cup Sevens debut in 2018 in San Francisco.

In 2019 she achieved a personal highlight while at the Sevens Series, as the Canadian team secured their spot for Tokyo 2020 with a bronze medal finish at the last event of the year. The Canadian team returned to the overall Sevens Series podium with the result, after having missed out for the only time in the series history in 2018.

Buisa was then named to Team Canada for the Lima 2019 Pan Am Games. There, she scored two tries, helping Canada to a gold medal. The following year she helped Canada repeat their bronze medal finish at the Sevens Series, highlighted by scoring a pair of tries at a stop in Glendale. Buisa made her Olympic debut at Tokyo 2020 where she played in five games for Canada.

A Little More About Pamphinette

Getting into the Sport: Started playing rugby in grade 7… Had been a basketball player but was too aggressive of a player and the school rugby coach suggested she try a sport that complemented her physicality… Outside interests: Loves hanging out with friends, singing karaoke, listening to podcasts and watching documentaries… Graduated from the University of Victoria with a degree in political science and social justice… Works as a Student Fundraiser Supervisor at UVic… Is a member of Rugby Canada’s BIPOC Working group, assisting in the development of policies, education and training to ensure rugby in Canada is free of racism…  Odds and Ends: Buys her mom a mug from every new country she visits… Favourite motto: “Just keep your head down and keep pushing”… Older sister, Dorcas, plays basketball at Carleton University… Pre-competition rituals are composed of watching highlight videos of herself playing rugby, stretching in the morning, and jamming to gospel music…