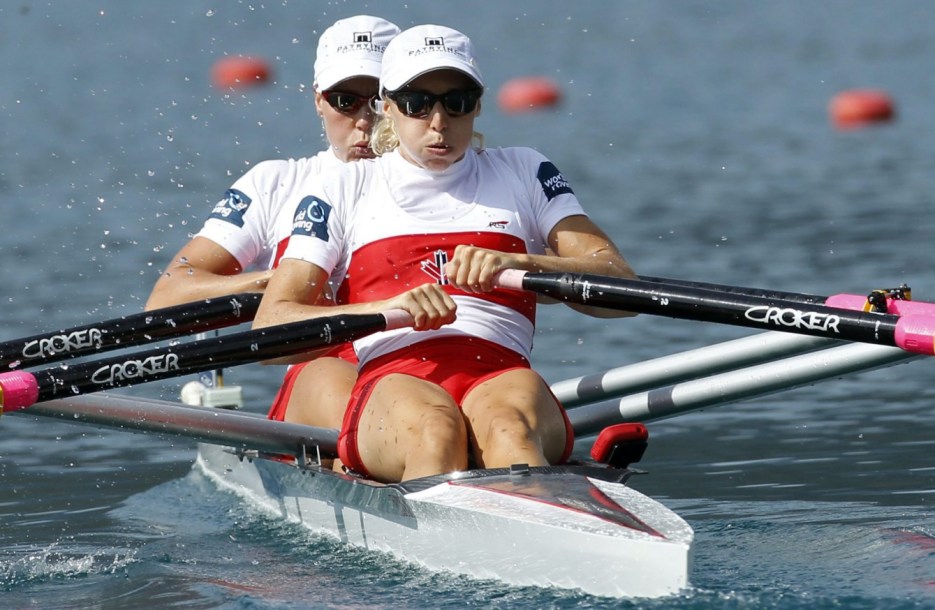 Patricia Obee made her Olympic debut at London 2012 where she and lightweight double sculls partner Lindsay Jennerich won the B final to finish seventh overall. At Rio 2016, they advanced to the A final where after a slow start, they posted the fastest times of the second half of the race to win the silver medal. Together, Obee and Jennerich have stood on two world championship podiums, winning silver in 2011 and 2014. Obee had started the 2011 season as the alternate for the lightweight double sculls but was moved into the boat for the world championships after an injury to Tracy Cameron, who had won the world title with Jennerich the year before. Obee’s move into the double came on the heels of her bronze medal in the lightweight single sculls at the 2011 U23 World Championships. After competing in the lightweight single sculls in 2013, Obee re-teamed with Jennerich in 2014 to win their first World Cup medal together, bronze in Lucerne. It was on that same course two years later that they claimed their first World Cup victory as a duo in 2016 after narrowly missing another world championship podium in 2015 with their fourth place finish. Obee made her international debut in 2010 as a member of the eight at the U23 world championships, just one year after picking up the sport.

Family: Parents Eric and Susan Obee… Older sister Cara… Older brother Matt… Younger brother Graham… Getting into the Sport: Started rowing in 2009 in her last year of high school… Outside Interests: Did her freshman year on scholarship at Oregon State University before moving back to Victoria and then to London, Ontario to train with the national team… After London 2012, attended the University of Washington to study anthropology where she competed with the varsity eight… Odds and Ends: Favourite post-workout meal: Doug Vandor’s homemade french fries… Favourite motto: Never give up!