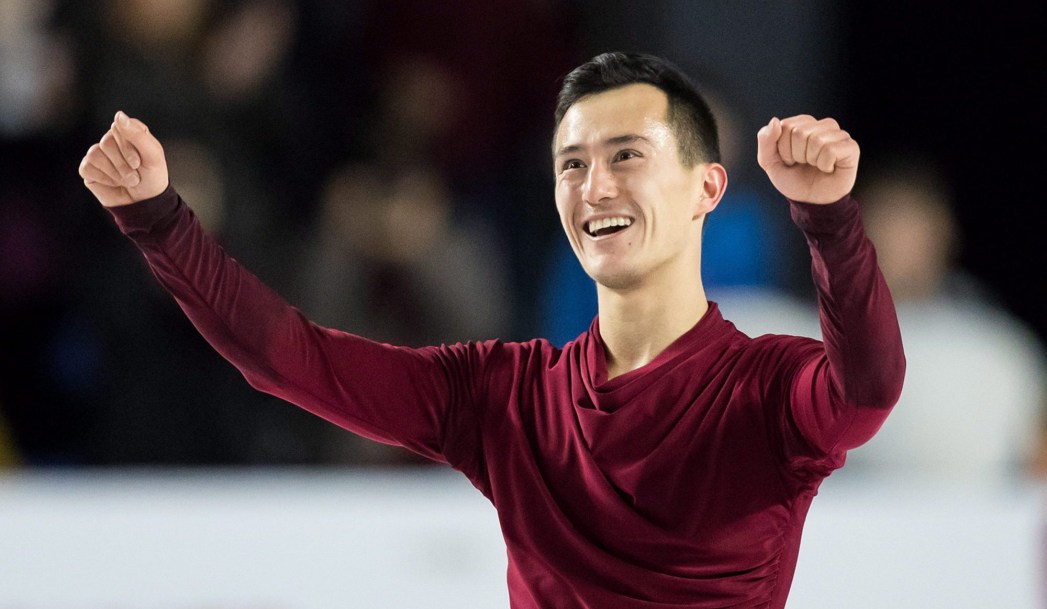 Patrick Chan is the most decorated male figure skater in Canadian history. A three-time world champion, he won Olympic gold in the team event at PyeongChang 2018 to go with his two silver medals from Sochi 2014. In January 2018, he won his 10th national title to break the all-time record held by Montgomery Wilson since 1939.

Chan made his Olympic debut as a 19-year-old at Vancouver 2010 where he finished fifth, after having suffered a muscle tear in his calf in the fall of 2009 and changing coaches just before the national championships.

After winning world championship silvers in 2009 and 2010 he claimed the next three world titles (2011-13), the first man to accomplish that feat since Russian Alexei Yagudin (1998-00) and the first Canadian since Kurt Browning (1989-91). At Sochi 2014, Chan won Canada’s fifth Olympic silver in the men’s event and helped Canada win silver in the inaugural team event. After that, he took a one-year hiatus from competition before returning in 2015-16.

Chan made his senior international debut in 2006 when he was just 15. After taking silver at the 2007 World Junior Championships, he won his first senior national title in January 2008, not long after his 17th birthday. His first world championship medal came at age 18. Chan had one of his best seasons in 2010-11 when he set world record scores to claim his first world title. His efforts earned him the Lou Marsh Trophy as Canadian Athlete of the Year and the Lionel Conacher Award as Canadian Male Athlete of the Year.

Chan is internationally renowned for his skating skills, especially his speed and deftness in covering the ice while performing difficult footwork.

A little more about Patrick

Getting into the Sport: Started skating at age 5 because he wanted to play hockey… The first eight years of his skating career were under the tutelage of Osborne Colson, who was 75 years older than Chan and had been Canadian Champion in 1936 and 1937; Colson died in the summer of 2006 at age 90…  Outside Interests: Graduated from École Secondaire Étienne-Brulé in 2009… Was accepted to the University of Toronto but deferred entry… Enjoys surfing, tennis, golf, skiing and cars… RBC Olympian…

One of Canada’s top doubles players, Phyllis Chan has won three straight national titles with Alex Bruce since 2013. Together...