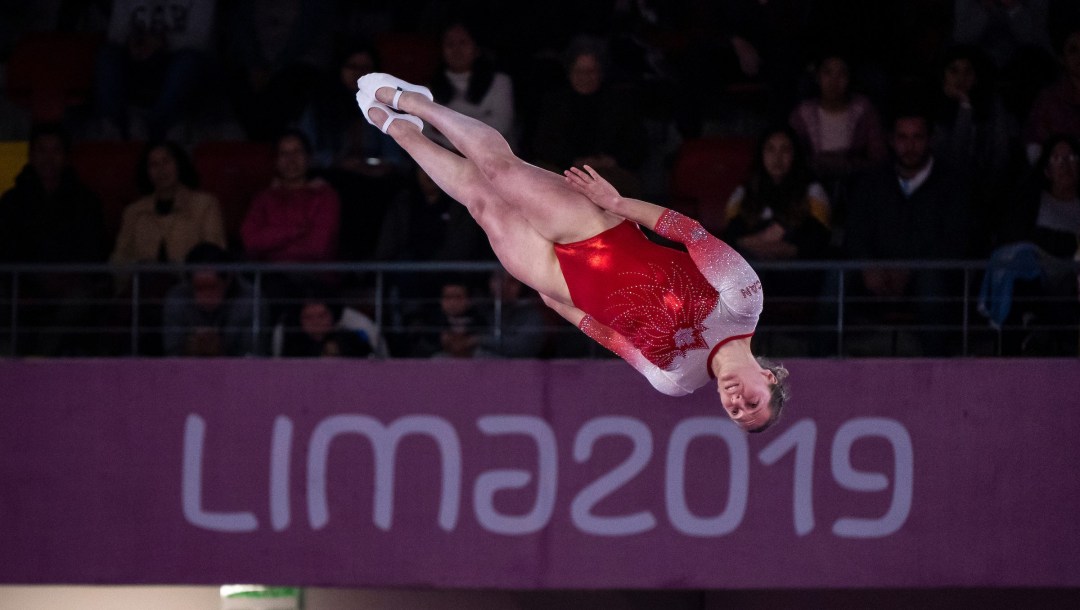 Samantha Smith made her international debut at the 2009 World Age Group Competition where she finished third individually in the 17-18 category and won gold in synchro. It was just her sixth trampoline competition ever and the result encouraged her to put off the retirement she had planned to start university and instead keep training and competing. She has gone on to represent Canada at every FIG World Championship from 2010 to 2019.

It was in 2014 that Smith qualified for the individual final for the first time at the world championships. That motivated her to continue trying to crack the top tier of competitors. She would go on to post a career-best result at the worlds in 2019 when she finished seventh in the individual event. She had previously won team medals for Canada in 2011 and 2013. She also won team bronze and synchro bronze at the 2019 Worlds.

At Lima 2019, Smith won Canada’s fourth straight Pan Am Games gold medal in the women’s trampoline event. She made her Olympic debut at Tokyo 2020.

A Little More About Samantha

Getting into the Sport: Started artistic gymnastics at age 3 before getting into trampoline at age 14 when she attended an artistic gymnastics summer camp and met national trampoline coach Dave Ross who convinced her to try it… Outside Interests: Graduated from the University of British Columbia in 2015 with a Bachelor of Science in Human Kinetics… Earned a Masters of Physical Therapy from UBC in 2018… Odds and Ends: Favourite quote: “So be sure when you step, step with care and great tact. And remember that life’s a great balancing act. And will you succeed? Yes! You will, indeed! 98 and ¾ percent guaranteed. Kid, you’ll move mountains.” – Dr. Seuss… 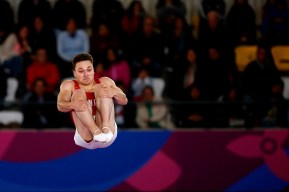