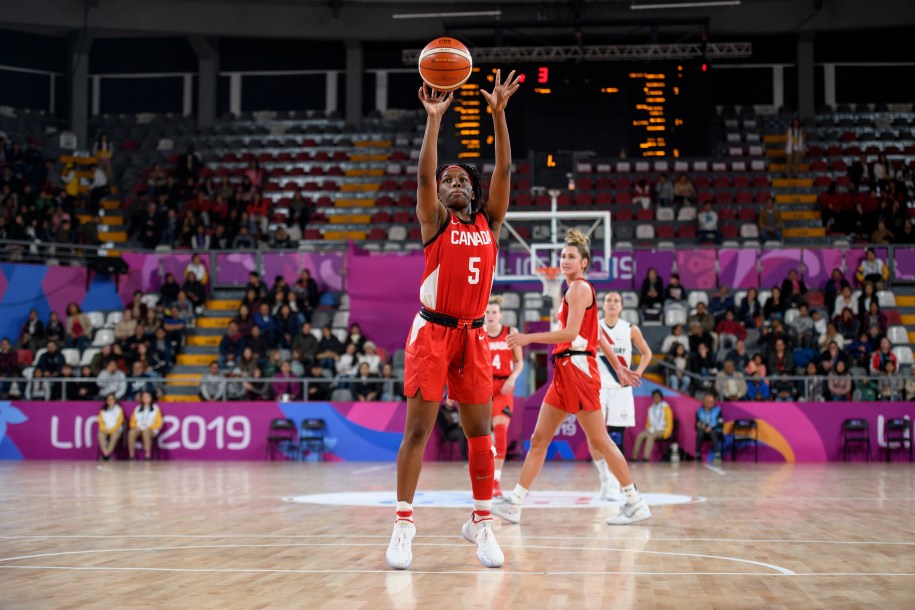 Shaina Pellington first represented Canada internationally in 2015, winning the country’s first gold at the U16 FIBA Americas Championship. In 2016, she was part of Team Canada at the U17 FIBA World Championships. She progressed to be a member of the bronze medal-winning junior national team at the 2017 U19 FIBA World Cup.

Pellington got her first experience with the senior national team in 2018 at the Edmonton Grads International Classic. In 2019, she was Canada’s leading scorer at the Pan Am Games in Lima, totalling 64 points for an average of 16.0 points per game. She also suited up for Canada at the FIBA Olympic Prequalifying Tournament, averaging 10 points in each of the three games as Canada advanced to the next phase of Olympic qualification. At the FIBA Olympic Qualifying Tournament in February 2020, she contributed 6.7 points per game as Canada went 3-0 to secure their ticket to Tokyo 2020. Pellington was Canada’s number two scorer at the 2021 FIBA AmeriCup, totalling 75 points for an average of 12.5 per game.

Pellington played for the Oklahoma Sooners in her first two years of NCAA eligibility. She was the Big 12 Freshman of the Year in 2017-18. She transferred to the University of Arizona for her junior year but had to sit out of the basketball season because of NCAA rules. In 2020-21 she played in all 27 games for the Wildcats. She had her best performance in the National Championship game, scoring 15 points with seven rebounds as Arizona lost to Stanford by one point.