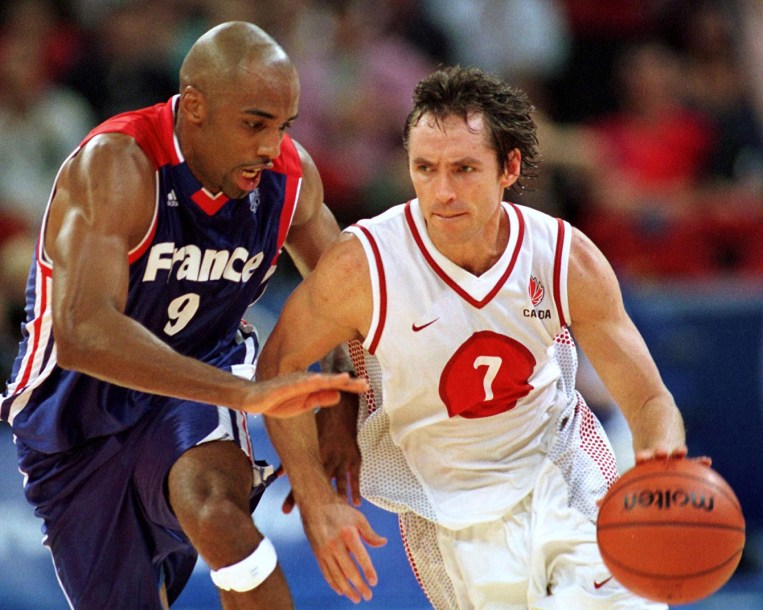 Over his nearly two-decade professional playing career, Steve Nash left a significant mark on the game of basketball, especially in Canada.

Nash enjoyed his greatest professional success in his second go-around with the Suns, winning back-to-back NBA MVP awards in 2004-05 and 2005-06. He was just the second point guard (after Magic Johnson) to win multiple MVP awards. He was the first Canadian to ever be named league MVP and his play led to him winning the Lou Marsh Trophy as Canadian athlete of the year in 2005. He was also a three-time recipient of the Lionel Conacher Award as Canadian male athlete of the year in 2002, 2005, and 2006.

Nash ended his career as an eight-time NBA All-Star, but was also recognized for his community service, earning the J. Walter Kennedy Citizenship Award from the league in 2007. He holds the NBA record for career free throw percentage (.904).

In 1999, Nash led Team Canada to the silver medal at the Tournament of the Americas, which qualified them for Sydney 2000. It was the first time Canada would compete in men’s Olympic basketball since Seoul 1988. At the Olympic Games, he helped Canada to four victories in the round robin, including a 91-77 upset of Spain and an 83-75 victory over Yugoslavia in which he recorded 26 points with eight rebounds and eight assists. Nash left the court in tears after Canada suffered a five-point loss to France in the quarterfinals.

In recognition of his impact on sport in Canada, Nash was one of the final torchbearers at Vancouver 2010, helping to light the cauldron at the Opening Ceremony. In May 2012, he was named the General Manager of Canada’s Senior Men’s Basketball Team. He announced his retirement as a player in March 2015, after having missed the entire 2014-15 NBA season due to a recurring back injury. In his first year of eligibility, he was selected to the Naismith Memorial Basketball Hall of Fame and will be officially inducted in early September 2018.