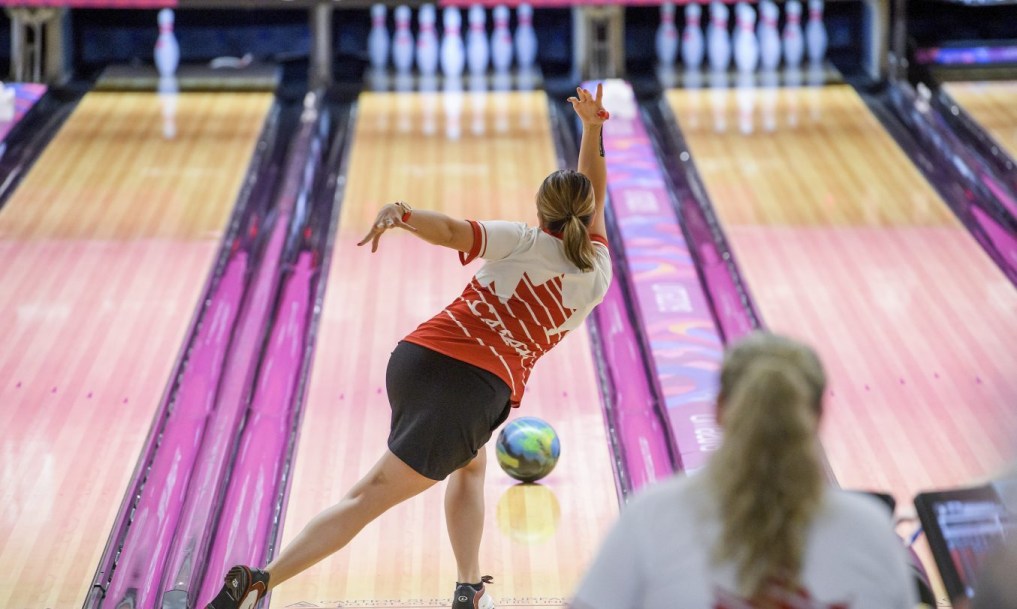 • First competed at the Canadian Team Trials at the age of 13
• Went to the University of Nebraska-Lincoln on an NCAA bowling scholarship where she became a three-time All-American and 2009 NCAA National Champion
• Finished in 4th at the 2017 US Women’s Open tournament, losing only to the eventual champion during the televised finals
• Won gold at the 2017 Canadian Team Trials
• Placed a career-best 23rd at the 2017 World Championships in Las Vegas

A Little More About Valerie

Getting into the Sport: After failing to qualify for Canada’s youth team at the age of 13, she set a goal to make the senior team within the next couple years because “I wanted to compete with the best of the best” … Outside Interests: Received a bachelor degree in nutrition, exercise, and health science and dietetics from University of Nebraska-Lincoln … Earned her Masters degree in nutrition in 2013… Works as a registered dietician and health coach when not bowling… Loves strength training, hiking, and skiing during the offseason…Odds and Ends: Collects postcards and shot glasses wherever she travels… Favourite quote “Champions don’t show up to get everything they want; they show up to give everything they have.”

Miranda Panas grew up playing multiple sports, including softball, soccer, volleyball and basketball in addition to bowling. She had attended…

Canadian Amateur Golfer of the Year in 2018. Team and individual champion at the 2017 Tailhade Cup in Argentina