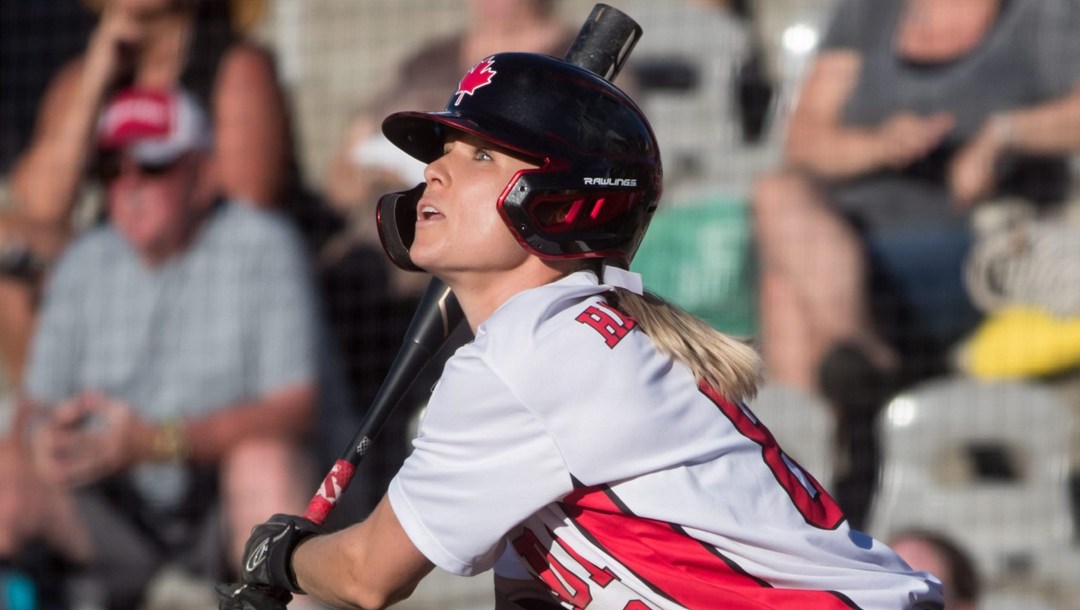 Victoria Hayward is the youngest person ever named to the Senior National Team, having joined in 2009 at age 16. Hayward played with the senior team at the 2009 World Cup of Softball before she made her junior debut at the 2010 WBSC Junior World Championship and Canada Cup, winning silver in both. Hayward played in the 2011 Pan American Games in Guadalajara where Canada won silver and was named to the Toronto 2015 team but was unable to compete due to an ACL and meniscus tear in her knee. She was back on the Pan Am Games team at Lima 2019, hitting .353 as Canada won the silver medal.

Hayward has also competed in five WBSC World Championships (2010, 2012, 2014, 2016, 2018) winning bronze in 2010, 2016, and 2018. Hayward’s career highlight came at the 2016 Worlds, where in front of the home crowd in Surrey, B.C. she was responsible for the game-winning or go-ahead hit in three straight games that advanced Canada into the bronze medal game. At the 2019 WBSC Americas Olympic Qualifier, she led the tournament in hits (10) and stolen bases (7) as she helped the team book its ticket to Tokyo 2020. In her Olympic debut, Hayward recorded a .300 batting average while scoring a team-leading seven runs as Canada won the bronze medal.

Hayward played collegiate softball at the University of Washington and during her four years was a four-time All-Pac-12 Conference selection and two-time All-Pacific Region selection. In her senior year, Hayward finished atop the Pac-12 Conference in steals (28) and ranked fifth in both batting average (.414) and on-base percentage (.513), garnering her First Team All-America honors by the NFCA. Drafted 19th overall by the Pennsylvania Rebellion in the 2014 National Pro Fastpitch draft. She was an assistant coach for the University of Massachusetts in 2016-17 and at the University of Maryland for the 2018 season. In 2019 she was the Director of Operations for the University of Central Florida softball team.

A Little More About Victoria

Getting into the Sport: Started playing softball at age 8 when her dad signed her up for a recreational league after just moving from the United States to Canada which helped her to make friends… Became more competitive at age 12… Outside Interests: Graduated from the University of Washing in 2014 with a Bachelor of Arts in Communications and Political Science… Earned her MBA from the University of Massachusetts in 2017… Enjoys cooking, traveling, a good cup of coffee in a mug from one of the many places she’s been… Works as a consultant for Athlete’s Unlimited and represents professional softball players on the organization’s Player Executive Committee for softball… Odds and Ends: Favourite quote “how you do anything is how you do everything”… Nickname: Vic