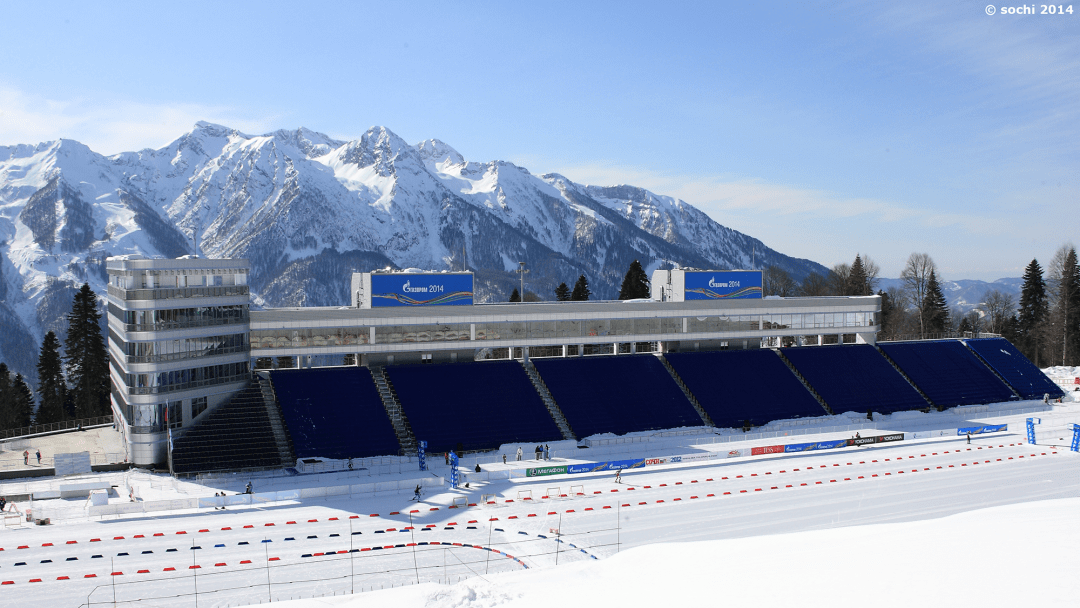 Located on the crest and slopes of the Psekhako Ridge. There are two separate stadiums for cross-country skiing and biathlon, each with their own start and finish zones and track systems. Laura is a turbulent river with multiple waterfalls.  The name of the river is based on a legend of a young girl called Laura who chose death over living with an old prince she did not love. After running away from the prince, Laura jumped of a rock into the river that was later named after her. Murat, Laura’s lover, could not live with the pain of their parting and jumped in after his bride. The lovers’ bodies were never found and local inhabitants say that the Gods were so moved by what had happened that they took them to the heavens the summit of the sacred Mount Elbrus.