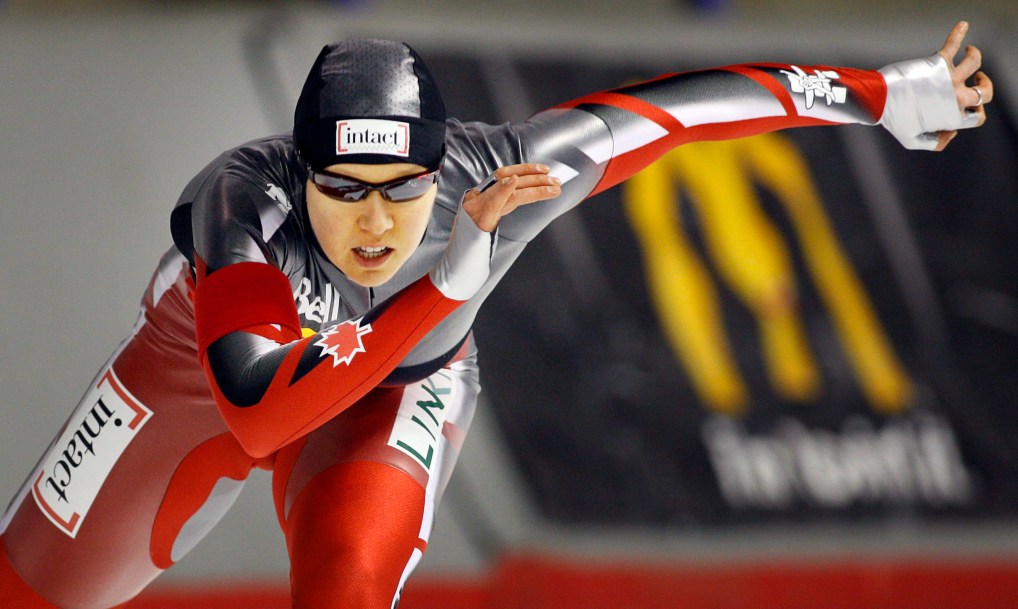 With mere weeks to go before the 2010 Olympic Winter Games, Canada’s most decorated Olympian is getting some special hardware with her name on it. For Cindy Klassen, it is not another gold, silver or bronze that she has amassed in her speed skating career, but a new quarter put into circulation by the Royal Canadian Mint.

The 25-cent coin celebrates her incredible five medals won at the Torino 2006 Olympic Winter Games – one gold, two silver and two bronze. Now that is painting the town red.

Last year, the Royal Canadian Mint asked the public to participate in an online vote to decide the top Canadian Winter Olympic Games moment of all time. Klassen’s achievement was voted third-best all-time. The top two moments were the men’s and women’s hockey gold medals at the Salt Lake City 2002 Olympic Winter Games. Coins featuring those historic events were released in the fall.

The Klassen quarter features her in a speed skating pose in front of a maple leaf along with the Canadian Olympic Team logo. Her name, with 2006, will be written on the same side. Just in time to remind her fellow teammates of the success Canadian athletes can achieve.

The Mint will be putting 22 million of the quarters into circulation. Approximately 3 million will have the maple leaf coloured in a brilliant red.

The quarters went into circulation on Jan. 5, the day the Olympic Torch Relay touched down in Klassen’s home province of Manitoba. The quarters were produced in Winnipeg, a fitting tribute to Winnipeg native Klassen.

The Mint also plans to release a 2010 Lucky Loonie on Feb. 12 – the first day of the Vancouver Winter Olympic Games – and another quarter featuring sledge hockey will be launched on March 18.

Following the 2006 Games, IOC President Jacques Rogge called Klassen the “woman of the Games.” Going into Vancouver, Klassen is beginning to hit her stride again after she missed all of last season to undergo and recover from double knee surgery. On Dec. 28, 2009 she placed second in the women’s 3,000-metre race at the national trials in Calgary, securing her spot on the Canadian Olympic team. This year she will race three events: the 1,500, 3,000 and 5,000 metres.