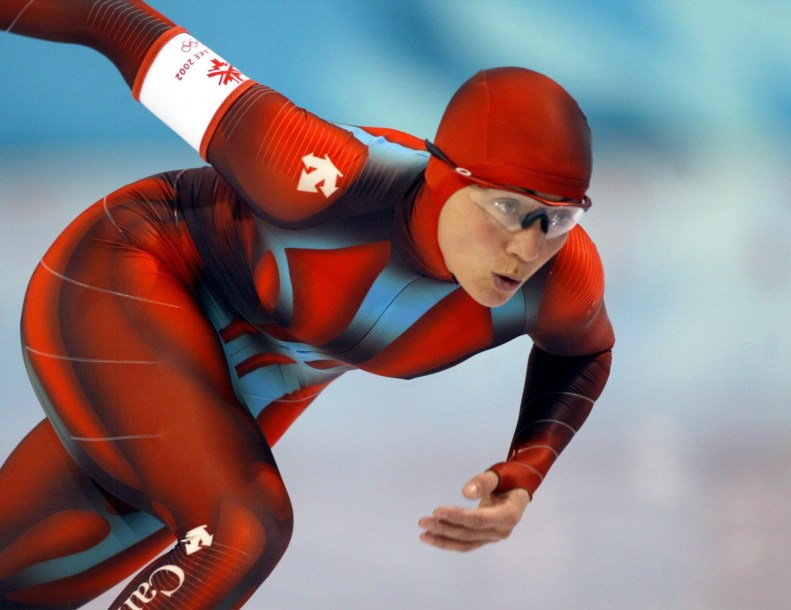 Throughout the 1980s, the 1990s and into last decade, Susan Auch carved a memorable speed skating career. For five straight Olympic Winter Games, Auch was much more than a recognizable figure on the Canadian Olympic Team.

At the Calgary 1988 Olympic Winter Games, the Winnipeg native burst onto the scene first in short track speed skating – then a demonstration sport. Though it does not technically add to her medal tally, Auch nevertheless won bronze in the women’s 3,000-metre relay. Not long after, she switched to the long track and competed in the next four Games.

Her Olympic success tells only part of the story. She dominated the Canadian scene from 1990 through 1995, winning six straight overall national sprint titles. At World Championships, first she captured gold, silver and bronze in short track speed skating in 1984 and 1988. Then, in long track, she went on to capture three silver medals and one bronze in the 500 metres at four separate World Sprint Championships. Twice Auch finished second overall in the World Cup for 500 metres, and twice she finished third overall in that same event.

In Winnipeg, what was formally named the Sargent Park Oval is now known as the Susan Auch Oval.