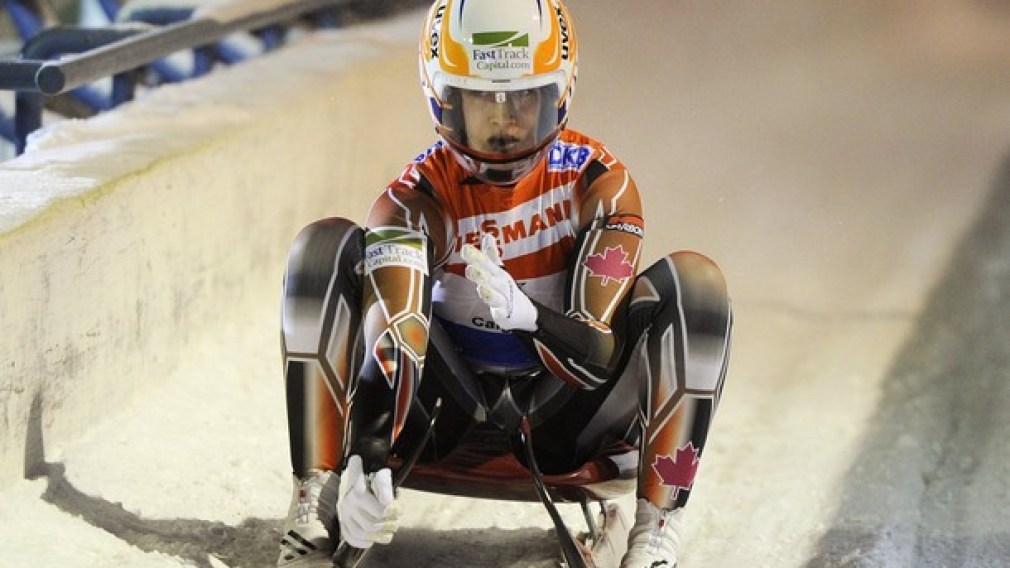 By The Canadian Olympic Committee
January 27, 2011

Alex Gough’s three medals this season is the main story in Canadian luge, but her young teammate is carving an interesting tale herself. Arianne Jones, a World Cup rookie, is 20 years old and is the smallest luge athlete on the circuit – by far. Despite this natural disadvantage, Jones has qualified for every World Cup race and held her own against the world’s luge heavyweights.

“So far, so good,” said national coach and former German luger Wolfgang Staudinger from Altenberg, Germany. “I certainly didn’t expect for her to qualify every race.”

As the Luge World Championships approach this weekend, let’s take a glimpse of Calgary’s Jones, who faces a considerable obstacle every time she sits on a sled. Luge is a sport favouring heavier, taller athletes due to strength and leverage at the start of a race, then the added weight while the sled hurtles down the track.

“To be quite honest, it’s a big disadvantage,” said Staudinger of his young athlete. “She is relatively short. She is very limited in her ability to do start fasts. Nevertheless, she is quite strong and is doing extremely well so far.”

So has the entire team, which has qualified every athlete for every race thus far – the first time Canada has done so, according to Staudinger. In the case of Jones, there is a top group of 12 women that automatically races based on their rank. Another 12 must qualify by racing strong in a Nations Cup qualifying race first. Staudinger said about 30 to 35 women are in that second group aiming to qualify for each World Cup.

When Jones reached the big show, she posted solid results. She has slid past the top-15 each time, with a high of 11th in Winterberg last month. This is a sport long-dominated by Germany and other European nations and for the rookie Jones to be this consistent in her first season is a sure sign of talent.

Some of that comes from Jones’ close relationship with Alex Gough, her fellow Calgarian and the first Canadian ever to win three World Cup medals. Staudinger said the two get along very well, with Gough taking the role as mentor. “There is a good environment with a positive spirit and that reflects on the results,” the coach said.

Staudinger is most impressed with Jones’s ability to recover, to persevere. “I’m really impressed with her sliding abilities. She is quick and good in responding to difficult challenges, like out of small mistakes she doesn’t make huge ones. She fixes the problem quickly on the spot. That is big (considering) her age and inexperience.”

As for that size thing, Jones worked hard all summer to gain muscle mass. To narrow the gap between her and the leaders, the key will be to perfect starts, to blast from the gate as quickly as possible.

In the meantime, Staudinger said he wants to put 10 kilograms on her. “But I don’t know where,” he said.

Luge Athlete Small in Stature, Big on Heart
World Juniors: Remembering the 2005 “All-Star” team
Shuttlecock and balls: The fastest moving objects in sport
What is the difference between racquetball and squash?
Getting vertical: The highest jumps in sport
Korea 101: Korean Customs and Traditions