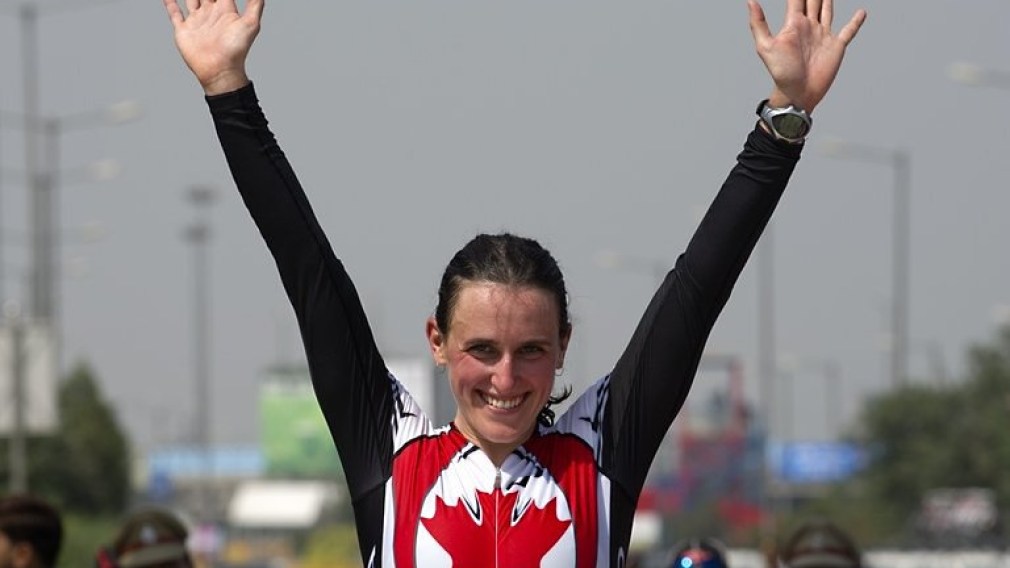 By The Canadian Olympic Committee
March 28, 2011

Canadian cyclist Tara Whitten (Edmonton) successfully defended her world title in the women’s omnium event at the 2011 UCI World Championships in Apeldoorn, NED, winning the gold medal for the second consecutive year at the top international event for track cyclists.

Whitten, the 2011 World Cup champion in the event, won the gold medal with 23 points, leading by eight points silver medallist Sarah Hammer of the United States.

“Entering the event, I knew it would be hard to defend, actually. As we get closer to the Olympics, the competition is getting stronger and stronger. I came here ready for anything,” said Whitten, 30, who won her career third world title.

“I gave everything I had in all six events, and I am incredibly thrilled to come out on top two years in a row. I know that Kirsten Wild is a strong cyclist, but I also expect everyone to be stronger and stronger. I just need to figure out how to continue to improve and be better.”

Whitten was sitting in second place of the standings after the first day of competition, and excelled on the second day by placing second in the individual pursuit and in the scratch race to take the lead atop the standings. In the 500m time trial, Whitten finished fifth to secure the gold medal.

The omnium is one of track cycling’s most gruelling event, in which cyclists must excel in both endurance and sprint events. The event features the best all-around cyclists, with six events: flying lap 250m, points race, elimination race, individual pursuit, scratch race and the time trial.

Whitten puts an end to her 2011 season in style. Throughout the season, Whitten stepped on the podium in every race she entered, and won the gold medal at the 2011 UCI World Cup in Beijing. Earlier in the fall, Whitten won four medals at the Commonwealth Games in Delhi in both road and track events.