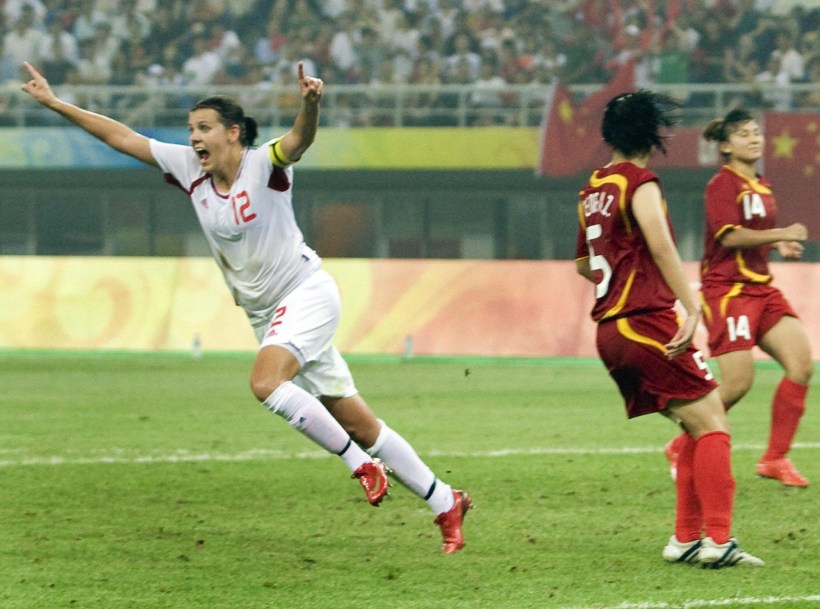 The Canadian Olympic Committee (COC) introduced soccer star Christine Sinclair as Canada’s flag bearer for the Opening Ceremonies of the XVI Pan American Games in Guadalajara, Mexico. The names of the entire 2011 Canadian Pan American Team were released at an event in Toronto.

“I look forward to carrying the maple leaf for the Opening Ceremonies at the upcoming Pan American Games,” said Sinclair. “I’m honoured and deeply moved to have been chosen as Canada’s flag bearer. On behalf the entire team, I will proudly wave the Canadian flag and represent our country in a way that makes the entire country proud.”

Captain of Canada’s Senior Women’s National Team, Sinclair is the most prolific goal-scorer in Canadian soccer history, owning 117 goals in 162 games. She is a 2008 Olympian and has led the Canadian team to FIFA World Cup appearances in 2003, 2007 and 2011. Sinclair is the all-time leading scorer in the history of the University of Portland women’s soccer (110 goals), where she won two NCAA championships, and owns the NCAA record with 25 postseason goals.

Sinclair will lead a team of 493 athletes into Omnilife Stadium, representing all10 provinces and the Northwest Territories. Canada’s 2011 Pan American Games athlete delegation is Canada’s second largest at any Pan American Games, trailing only the 618 athletes that participated in 1999 in Winnipeg. The Canadian Pan American Team will be supported by 301 support staff.

“In just over a week, led by Christine Sinclair, Canadians will be inspired as our team of athletes enters the stadium for the opening ceremony,” said COC President Marcel Aubut. “Our athletes will take centre stage, competing for national pride, Pan American medals and, in some cases, Olympic qualification for their sports.”

Among some of the notable facts regarding Canada’s 2011 Pan American Games team:

For non-Olympic sports like Bowling, Roller Skating, Karate, Water Ski, Squash, Baseball, Softball and Racquetball, the Pan American Games represent the pinnacle of multi-sport Games competition. Rugby Sevens will also make its Pan Am debut in Guadalajara, before joining the Olympic programme in Rio in 2016.

Canada finished fourth in the overall medal ranking at the 2007 Pan American Games in Rio de Janeiro, earning 39 gold, 43 silver and 55 bronze medals – good for a total of 138. The United States led the way with 237 medals, followed by Cuba and the host country, Brazil.

The 2011 Pan American Games will be the largest multi-sport event of the year, hosting approximately 6,000 athletes from 42 countries, participating in 39 sports. The Games run October 14 to 30, 2011.

Canada will host the Americas at the next Pan American Games, which will be held in Toronto, Ontario, July 10-26, 2015.