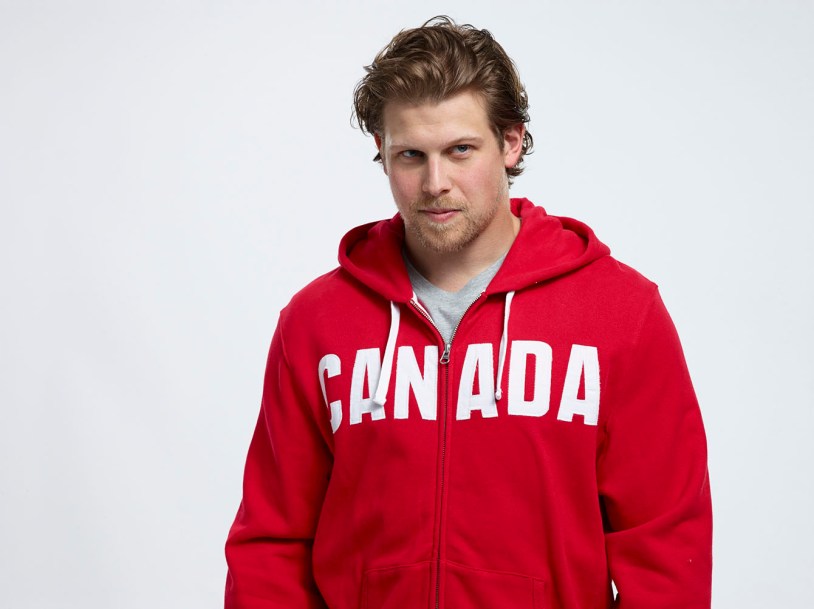 How the CFL is redefining bobsleigh in this country

“I don’t think I would ever consider myself a trailblazer.”

Many in the Canadian bobsleigh community beg to differ with Jesse Lumsden, the highly-touted football player-turned-brakeman. The 2004 Hec Crighton Trophy winner as the most outstanding player in Canadian Interuniversity Sport is certainly not the first athlete to make the move from the gridiron to the ice track. South of the 49th parallel, one of Lumsden’s favourite running backs Hershel Walker became an Olympic brakeman at Albertville 1992 while continuing to play in the National Football League through the 1997 season.

Despite his humble nature, Lumsden has opened the door to bobsleigh for a whole new group of athletes and changed the game for Canadians on the international scene. A trailblazer, indeed.

Bobsleigh is unlike other Olympic sports. Rarely will someone tell of how they took their first run down the track before they were a teenager. Athletes are not being groomed from a young age. Instead, it relies heavily on recruiting athletes from other sports while presenting a very enticing carrot to chase. “We can take someone in an Olympic year and basically put them on the Olympic podium in the same year they join the sport,” says Nathan Cicoria, the High Performance Director for Bobsleigh Canada Skeleton (BCS).

The foundations to being a great brakeman are speed and power.

These attributes can be found in track and field athletes, a prime hunting ground in the past for bobsleigh recruitment. But these athletes are also limited by their lack of exposure to a team environment, heavy lifting and performing in cold weather. Football players are all too familiar with these elements, as well as the internal competition for jobs and putting their bodies through a physical pounding.

“It’s a mindset you need going in,” says Lumsden. “It’s a lot of work for little reward and very little play time. Sliding is the fun part, right? There’s a lot of lugging sleds and prepping and polishing runners and working and going from area to area.”

For years, BCS has looked to the university and collegiate ranks where it found the likes of Lyndon Rush, who after playing for the University of Saskatchewan Huskies went on to pilot his four-man sled to bronze at Vancouver 2010. Lumsden was not in that sled, instead finishing fifth with Pierre Lueders in both the two-man and four-man events, but the publicity that came with competing at a home Games has been hugely beneficial for BCS.

“Jesse really gave us a breakthrough into the pro leagues and really highlighted where current or past CFL players can go to prolong their career if not transition their career,” says Cicoria. “The shelf life for a lot of these athletes at a pro level, given what they’re doing to their bodies, is limited. In Jesse’s case his shoulders just couldn’t take it anymore and we were very fortunate that he found a transition into our sport where his speed-power still had a lot of shelf life left.”

Lumsden was not just any football player when he decided to try his hand at bobsleigh.

A second-generation star after his Grey Cup champion father Neil and a standout running back at McMaster University, Lumsden’s CFL career was stalled in the first quarter of the first game of the 2009 season when he dislocated a shoulder. Cleared for bobsleigh but not football, he was named to the 2010 Olympic team less than a year after he had first pushed a sled. In May 2011 Lumsden left football behind completely after a serious knee injury and went on to win bobsleigh silver at the 2012 World Championships.

Growing up in Sherbrooke, Quebec, Giguere was always intrigued by bobsleigh when watching it on TV during the Winter Games. But in his part of the country there was no way to actually give the sport a try. Instead, he stuck with what he knew – football. After graduating from the Université de Sherbrooke, he decided to try his luck in the NFL but spent four seasons mostly on practice squads before being released by the New York Giants in August 2011.

Returning home to Canada, he had to decide what to do next. He knew that football was still in his future, having been drafted by the CFL’s Hamilton Tiger-Cats. But having watched Lumsden’s exploits on the World Cup circuit, Giguere sent an email to BCS explaining who he was and why he thought he could be a good bobsledder.

“Just seeing Jesse move from football to bobsleigh made me think maybe it’d be possible for me too, not having done the sport or not having anybody that I knew doing it,” says Giguere. A phone call to Lumsden confirmed it.

In March 2012 Giguere flew to Calgary for a one-week tryout. Joining him were Carriere, whose CFL career ended in 2010 due to a shoulder injury, and Coakwell, a former running back at the University of Saskatchewan.

“It was scary! I think we get something like 5 g of pressure and that was really something. So I was scared but by that time I was hooked. It was love at first sight,” says Giguere. “When I went back home after that week I knew I wanted to go back and do the sport.”

Coakwell too had been a lifelong fan of the Olympic Games, with his earliest dreams to compete in ice hockey before he started playing football in high school. Just like Giguere, it was upon seeing Lumsden transition to bobsleigh that he thought he might be able to do it too. “When I graduated university it was head down the football road and go pro or do bobsleigh,” says Coakwell. “So I did a blue chip camp and from then on I just loved it.”

While Lumsden was targeted by BCS for recruitment, fellow CFLers Giguere and Carriere came to the federation on their own. As athletes of a very high caliber, they were they were able to be integrated into the daily training environment and get a sneak peek as to how they would fit in with the team.

Lumsden was there when the Giguere-Carriere-Coakwell trio got its introduction to the sport and has been a key figure in the recruitment process. As part of BCS’s in-reach program, the federation asks its athletes to be role models and mentors.

“It’s one thing to say you’re the high performance director or the head coach to the bobsleigh program and approach an athlete. But it’s another one to be an athlete that actually came from that sport. We find that the Jesses and the Jean-Nicks and the Sam Gigueres have a much greater draw when speaking to fellow athletes,” says Cicoria. “Jesse being the athlete that he is, he’s not really in a position to have his spot taken per se, but he can only support his own squad and his own endeavor by bringing better guys into the program.”

Despite having never met Lumsden prior to the first day of camp, when Coakwell moved to Calgary to begin full-time training in September 2012, his transition became easier when the pair became roommates.

If there is a downside to recruiting professional football players, it is the possibility of dealing with a two-sport athlete.

“A lot of times, especially with professional athletes, the risks are they just can’t make enough of the season to really make an impact,” says Cicoria.

In such a case, Cicoria admits the program could be forced to choose between an athlete who can be a “game-changer” but may not be available for a full competitive season and an athlete of a slightly lower caliber who can train and compete year-round.

While Lumsden’s injury issues gave BCS some time to play with when he first tried bobsleigh, Giguere is unique in that he is an active and healthy CFL player.

Two months after his initial tryout, he signed with the Ticats and proceeded to focus on football. At the end of the 18-game schedule, BCS invited him to Calgary to see how his body felt. He trained for a little bit before joining the national team in Germany where he made his World Cup debut in December 2012. By the end of the season, Giguere and Carriere were both in the Canada-2 four-man sled piloted by Chris Spring at the 2013 World Championships as well as the Sochi test event. Earlier in the season Coakwell had won a World Cup bronze medal with Spring.

While it is still early in the 2013 CFL season, Giguere says that his Olympic dreams have benefitted his football, which is what pays the bills. Instead of working on strength and speed at home, he was pushing himself every weekend by competing against and training with world-class athletes. He believes that he arrived at Ticats’ training camp in better shape and more ready for the season than he would have otherwise.

Focused on football from June to November, Giguere maintains contact with BCS through emails and Skype but acknowledges that the situation can be stressful his bobsleigh coaches.

“We all know that injuries are a part of the game so for them it’s a matter of coming out of that football season healthy … if I’ll be able to keep up my strength and speed and be able to push.”

Whatever the case, whether retired from football or still playing, a Grey Cup is no longer the only thing coveted. Heading toward his second Olympic Games, the guy who spurred this influx of pro players is adamant about his goals in Sochi. 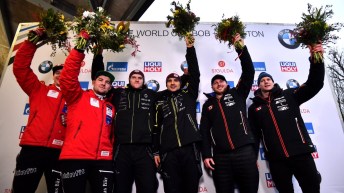