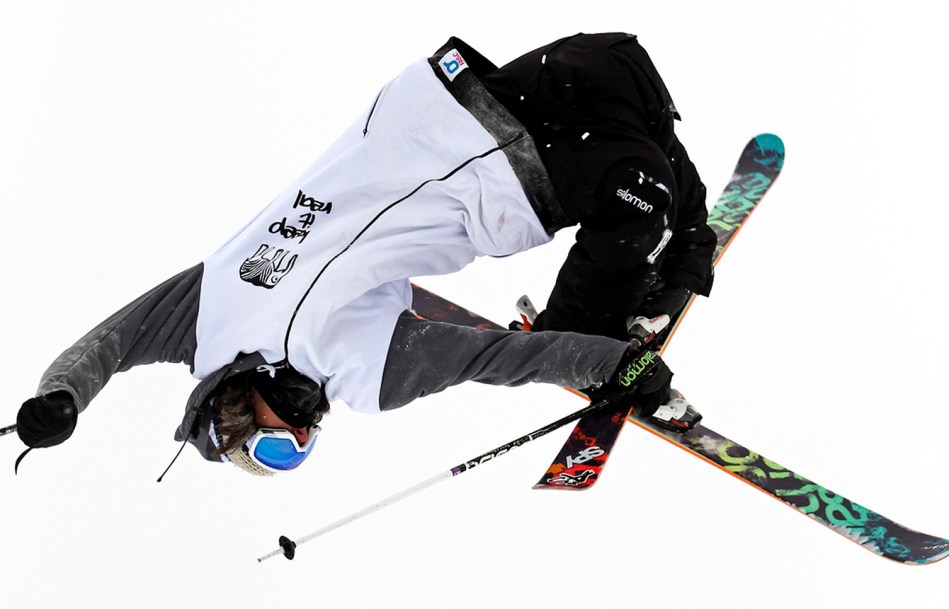 5 things slopestyle has in common with #BreakingBad

Pretend you’re a television executive and you’re getting pitched a show, oh say, about eight years ago.

It’s about a chemistry teacher who gets cancer and decides to cook crystal meth to cover chemo bills. The dad from Malcolm in the Middle will play a guy named Walter White alongside no one else you know.

Obviously this is a formula for (one of) the best TV dramas literally ever. Right?

See also:  Will slopestyle be the Breaking Bad of Sochi 2014? An ordinary guy in a regimented world facing a secret life in a dangerous, action-packed environment … and … instead of crumbling, he flourishes.

By design, it’s a controlled environment. There are plenty of safety rules, a bunch of line-ups, concerns over snow quality, and you must stay in-bounds. The weird contradiction is that many skiers and snowboarders are natural rule benders.

The evidence is slopestyle.

Take some freestyle fiends who live to ski or board, throw some rails and jumps at them in an otherwise controlled place and the result is, well, mind-blowing.

Seriously compelling awesomeness that colours way outside the lines.

The only thing left to figure out is, just like Walter White, does the environment bring out the monster or has the monster been there all along?

Here are 5 reasons why some of our slopestyle Olympic hopefuls are going to channel #BreakingBad as they drop-in for the big show in Sochi.

You can’t be scared of much to rip a backside rodeo or a triple cork halfway down a slopestyle course. It’s also safe to say that the same goes for threatening a fast food tycoon who’s actually a local drug lord that kills people. There’s something special about slopestyle athletes. It’s deep rooted. They relentlessly go after bigger tricks. You could say the same for Walter White and bigger stacks. Where do you put the biggest drug operation in the southwest? In the ground underneath a commercial laundry outlet. Good thinking. Add some snow to all of that genius and you could have a pretty sick run. Button up shirt and tan khakis. If ordinary had a uniform this is it…just a normal chemistry teacher. And the best disguised drug mastermind in history.
Mark McMorris is an athlete from Regina who learned how to snowboard in a Pizza Hut parking lot. But really, he’s a 3-time Winter X Games champ. Slopestyle isn’t exactly what many of your parents imagine when they think of a day on the mountain. But when you first saw Bryan Cranston on TV, we’re betting ‘Heisenberg’ wasn’t the first nickname that jumped to mind either.