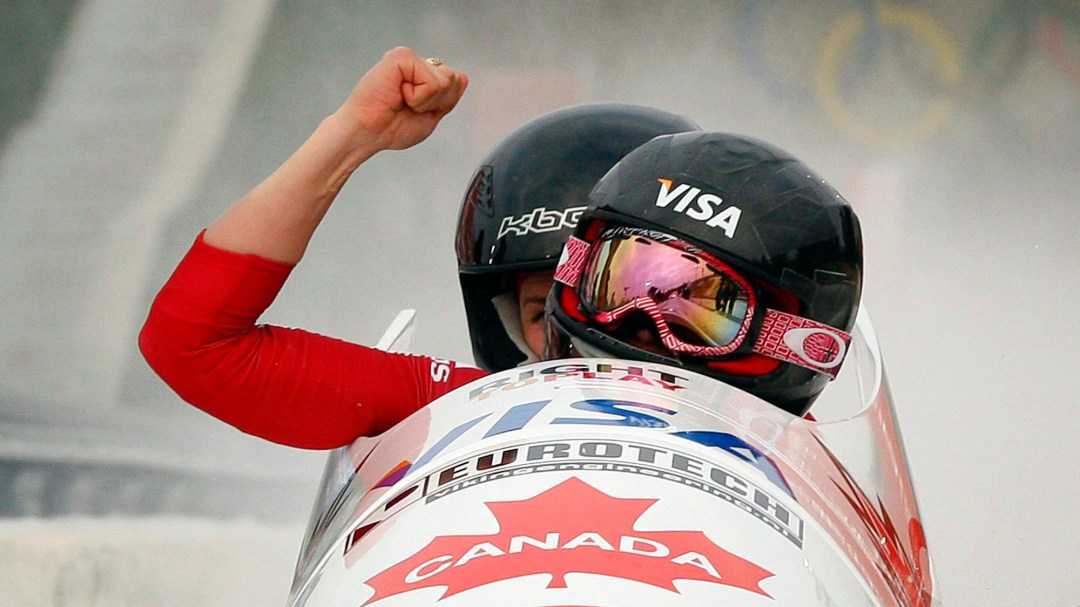 Powering the pushers: what are our bobsledders eating?

This week the Cunard Centre in Halifax, Nova Scotia was home to Gold Medal Plates. The star-studded event featured Olympian Marnie McBean and some of Canada’s top entertainers taking the stage.  They saw nine chefs compete for a spot in the Canadian Culinary Championships, while helping to raise funds for Canada’s athletes.

Across the country in Whistler, British Columbia, chef Hanna Pierse is also hosting some of Canada’s top talent. Her guests though are aiming for a different stage, the Sanki Sliding Centre in northeast Sochi – home to bobsleigh at the 2014 Olympic Winter Games.  The kitchen staff are helping these Olympic hopefuls to produce what Vancouver 2010 gold medalllist Heather Moyse describes as “six seconds of pure speed and power.”

With 27 of Canada’s top bobsledders at the Whistler Sliding Centre ahead of the Canadian championships on October 19-20, chef Pierse is understandably quite busy fuelling future Olympians.

Nonetheless, she took time to share some of her culinary activities with Olympic.ca this week. In the first two days the staff purchased 15 kilograms (each) of potatoes, bananas, apples and pears. There were 90 rolls served as part of Thursday’s lunch, containing julienned carrot, zucchini, soba noodles with beef, shrimp and peanut sauce. About 1 kg of shrimp and over 2 kilos of steak were rolled inside these gems in 50 minutes. Meat. A lot of meat. In the first three nights the athletes went through 9 kg of salmon, 40 chicken breasts (from 20 whole chickens – the staff breaks the meat apart by hand) and pictured above, Wednesday night’s dinner featured 40 x 8 oz steaks. Wednesday night’s curry. Yes, those are bananas. “It’s one of those things that you’d never think to add,” chef Pierse said. “It can add a lot of depth to the flavour.” Canada won three bobsleigh medals in Vancouver. The two-woman teams took gold and silver and a bronze was had in the four-man event. With proper nourishment, Canadian athletes could be on track to replicate that success in Sochi.

SEE ALSO: Moyse: a day in the life | Canada’s men of bobsleigh