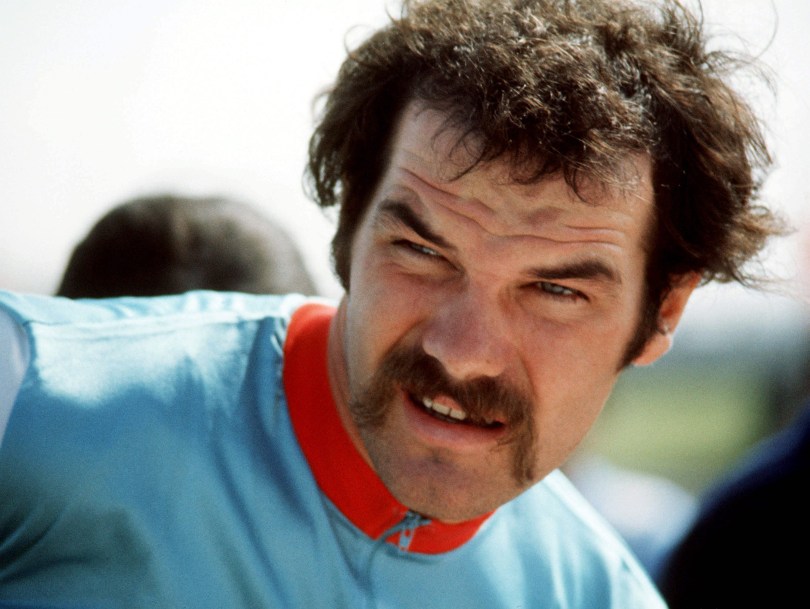 Are you ready to support the mo? It’s the start of November, which means that men around the world are growing moustaches to raise awareness for prostate cancer. While the Movember Foundation has only been around since 2004, Olympians have long supported the growing of moustaches. In honour of a month of mo growing, we are highlighting some of the best MOments in MOlympic history (Canadian and other). American swimmer Mark Spitz won a record seven gold medals at the 1972 Olympic Games in Munich. In a sport where most athletes shave off all the hair on their bodies to reduce drag, Spitz flew past the competition, regardless of the extra hair on his lip. When asked by a Russian coach if the moustache slowed him down, Spitz replied: “as a matter of fact, it deflects water away from my mouth, allows my rear end to rise and make me bullet-shaped in the water, and that’s what had allowed me to swim so great.” When current Ottawa Senators head coach Paul MacLean represented Canada at the 1980 Olympic Games in Lake Placid, he was sporting a thick lip warmer. Almost 25 years later, he can still be found with the signature stache. Time trial cyclist Marc Blouin apparently had such a love for handlebars that he decided to grow some himself. As a team-building activity, the 2008 Croatian Water Polo team, the world’s #1 ranked water polo team at the time, all grew moustaches. The above picture has been used with headlines such as “Mustached Croats brush aside opposition,” and “Croatians win it by a whisker”. (Photo: Laszlo Balogh – Reuters) Hockey Canada’s captain at the 1984 Olympics in Sarajevo, Dave Tippett, led with his lip. The current Phoenix Coyotes coach no longer sports a stache. Maybe he’ll be growing one this year! In an international career that started and ended with Olympic appearances, Canadian swimmer Bruce Robertson won two silvers and one…