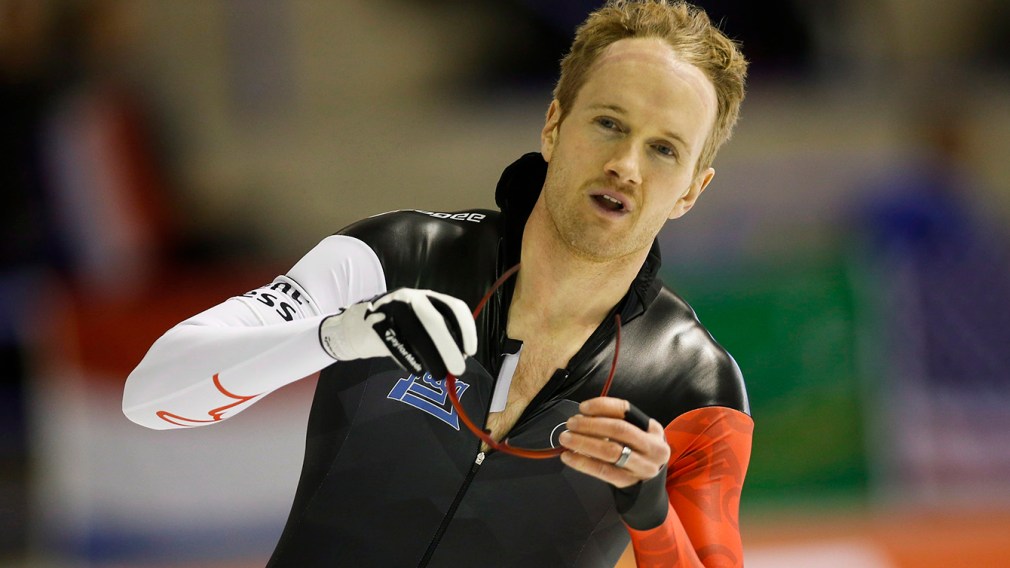 Jamie Gregg kicked off the World Cup season with two bronze medals at the Essent ISU World Cup in Calgary. The 28-year-old scored a bronze in the 500m on Friday with 34.52(6) and skated to another on Sunday, tying Ronald Mulder of the Netherlands with almost the exact same time, 34.52(9). In World Cup competition there are two 500m races over the weekend.
Gregg was reserved despite the good early season result, “It’s early in the season so there’s still a ways to go, I want to make sure I’m building all the way up into Sochi. I’m happy with where I’m at and where it puts me in the world.”

Canada beat Finland 6-3 in the final of the 4 Nations Cup in Lake Placid, N.Y. thanks to two goals from 23-year-old Jenelle Kohanchuk. It was the 13th gold medal for Canada at the tournament. A positive result for @HC_women but they’re back on the road in preparations for Sochi.

Life on the road with @HC_Women My clothes never see my closet. Suitcase – laundry – back in suitcase! #goalierow pic.twitter.com/X1yI8fYwXr

The World Cup stop in Turin was another opportunity for Charles Hamelin to light it up. The Olympic champion grabbed a gold in the 500m, with teammate Olivier Jean skating to the bronze. Hamelin also won the 1000m and joined brother François Hamelin as well as Michael Gilday and Olivier Jean on top of the podium in the 5000m relay.

It’s not uncommon for athletes to appear off form in a post-Olympic year. Not so for Canada’s Rosie MacLennan. The 25-year-old re-asserted herself as the best trampolinist on the planet winning gold at the 2013 World Championships in Sofia, Bulgaria.

Goodbye Bulgaria, what a week! So proud of all my teammates who have there all! Good luck to the Cdns competing in the World Age Groups!!

Roar of the Rings teams all sealed up

We now know all eight teams headed to next month’s Roar of the Rings in Winnipeg where Canada will select its Olympic curling teams. Six rinks were already directly qualified, meaning this past weekend’s Road to the Roar was the last chance for Brad Jacobs’ along with teammates Ryan Fry, E.J. Harnden, Ryan Harnden and coach Tom Coulterman. They will join skip John Morris and his rink of Jim Cotter, Tyrel Griffith, Rick Sawatsky and coach Pat Ryan as the other men’s qualifier.

On the women’s side Renée Sonnenberg is off to Winnipeg with Lawnie MacDonald, Cary-Anne McTaggart, Rona Pasika, alternate Desirée Owen and coach Kurt Balderston. Edmonton’s Val Sweeting led her team of Dana Ferguson, Joanne Courtney, Rachelle Pidherny and coach Taina Smiley to a Sunday victory and trip to Winnipeg.

Weekend Round-up: Jamie Gregg shows podium speed in Calgary
Le May Doan’s Olympic dream is to help Team Canada athletes achieve theirs
What is the difference between racquetball and squash?
Adventure, culture and food: 9 things Peru is famous for
Softball star Sara Groenewegen: “Being an athlete saved my life”
Shuttlecock and balls: The fastest moving objects in sport