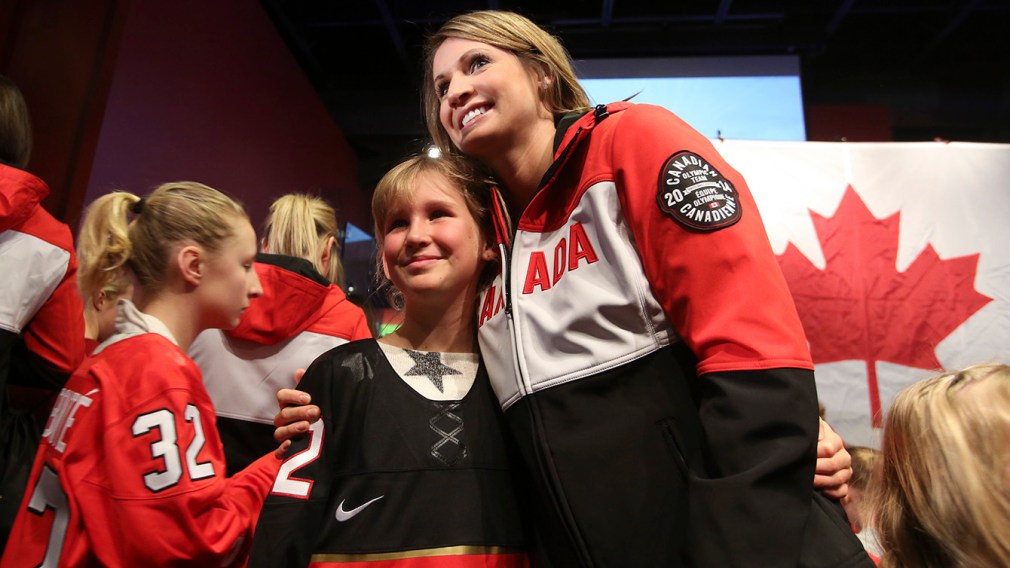 Hefford, Wickenheiser, Ouellette. Some familiar names comprise the National Women’s Hockey Team for Sochi 2014. Some but not all.

It’s clear the balance of experience is changing. Those three are the only seventies babies left and of the 21 players on the roster, nine will be Olympic rookies.

Just look at the blueline. Depending on combinations, fully two of Canada’s three defence pairings could be skating on Olympic ice for the first time.

Interestingly, veteran Mikkelson doesn’t feel much guidance is required, “We have a very talented group of young players, a lot of girls who haven’t been to the Olympics but are all very mature young ladies and they know how to handle themselves, so I’m not worried.”

That maturity was probably developed in World Championship situations, something Watchorn, Fortino, Rougeau and Larocque all have.

Sure, turnover every quadrennial is natural. The comparable numbers here are slight but noticeable. There were only seven Olympic first-timers in Vancouver, two fewer than today. Four years ago, eight women had attended two or more Olympic Winter Games. The Sochi team has only six who can boast that.

The incremental shift in numbers might speak to depth in Canadian women’s hockey. Many were surprised when Tessa Bonhomme was among the first round of cuts. New head coach Kevin Dineen wasn’t in his current position for the initial set, but presided over the second reductions, “Decisions were made based on fit for the team not on overall experience. You need a balance amongst your team and some of our defencemen were on the cusp of making the team four years ago, they’ve improved their game and they’re going to get put in a position where they can help us have overall team success,” Dineen commented today.

It’s entirely possible some or all of them were inspired by Hayley Wickenheiser who today was named to her fifth Olympic team. Always seeming in control and calm, on the ice and off, she is encouraged by the trending depth, “It’s great to see the turnover and the competition that exists with the players coming up now. Every Olympics inspires young girls to want to take our place and that’s great for the sport overall,” she says.

Today was a great day for 21 women who will wear the maple leaf sweater in February. And it was a good day for Canadians as well. Today’s team is proof that those names you already know helped inspire the ones you soon will, in Sochi and beyond.

National women’s team proves hockey talent is deeper than ever
Figure Skating: Keegan Messing wins bronze at Skate America
What is the difference between racquetball and squash?
Shuttlecock and balls: The fastest moving objects in sport
Weekend Roundup: Team Canada athletes return to the podium
Adventure, culture and food: 9 things Peru is famous for