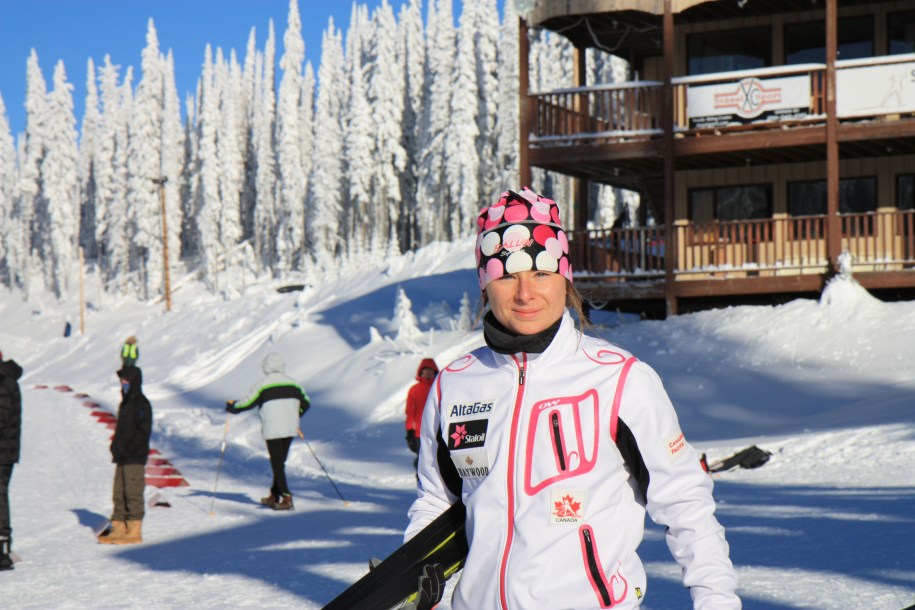 Cross-country skiing was embraced very early in the Comeau family. Anne-Marie and her two brothers have been enjoying this activity since a very young age; but it was the youngest sibling who really caught the sliding bug. Not only has the 17-year old resident of Saint-Ferréol-les-Neiges, close to Mont Ste-Anne, racked up the honours over the past few years in cross-country skiing, but as well in running. A Canadian track and field record holder at the age of 15, Anne-Marie insists that her desire to perform is driven more by the need to push herself to new heights rather than by the honours and awards. Her path has been nothing less than inspiring: she trains with instinctive vigour and an obvious love for her sport. When she explains that she would never be seen playing a sport surrounded by four walls, it is understood that she appreciates all the facets of living the life of an athlete. Although running allows her to compete against herself and challenge her physical abilities in the summer, she goes through her cross-country skiing training regimen indoors at the Centre d’entraînement national Pierre Harvey (CENPH). Sometimes referred to as a “Factory of Champions”, the centre is the perfect place for a budding athlete like Anne-Marie, since it’s an opportunity for her to rub shoulders with the finest of coaches and elite athletes.

Anne-Marie Comeau could be one of Canada’s next generation of Olympic heroes. Donate now to help our athletes achieve their Olympic dreams.

This young female athlete talks about how she enjoys watching the path followed by other athletes like Alex Harvey, whose devotion she finds impressive, and Marie-Hélène Prémont, who has a great attitude. Although she still has a ways to go before hoping to compete at the Olympics, she is nonetheless confident that the team around her at the CNEPH will be very supportive of her. Despite the praise, Anne-Marie is not rushing things and is focused on the next steps needed before even pondering her Olympic dream. Her goal is to do her best at the world championships over the next few years in order to gain experience in competing internationally. Through the support of family and sponsors, she continues to train at a high pace without regular financial support. The cross-country skier shows amazing discipline and manages to strike a nice balance between her studies at Cégep and her high-impact training routine, in addition to completing on her own the many scholarship applications required to play an amateur sport that involves competing in events around the world. As intense as she is, Anne-Marie admits that she is living the life of her dreams. This is an athlete who will be an inspiration to many others…

Alyson Ackman is no stranger to adversity. She left her home in Pembroke, Ontario at age 15 so that she...