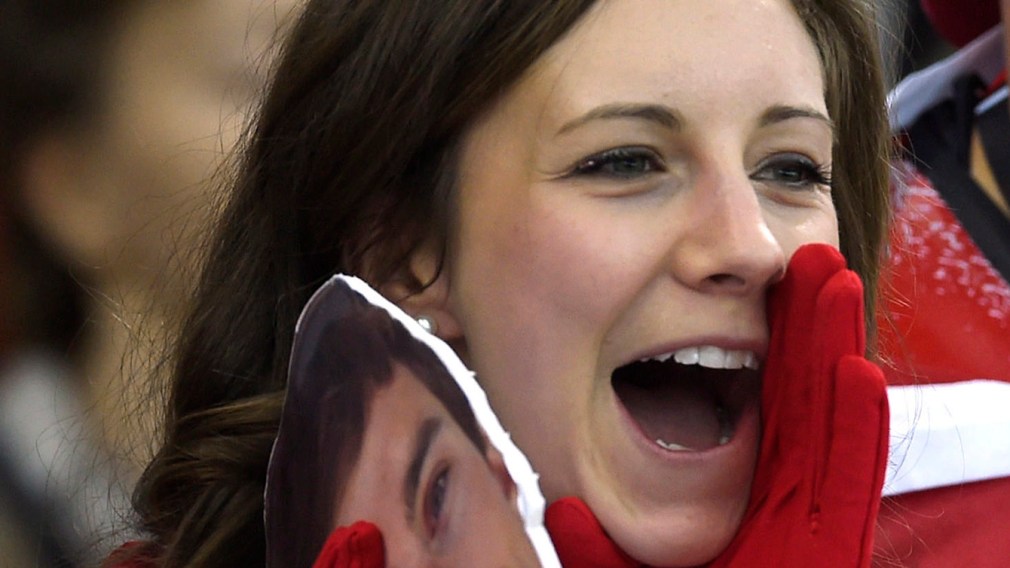 While Fort St. John, BC’s Denny Morrison was racing to bronze in the 1500m, there was a small group of people nestled on one corner…going nuts.

Buried in a sea of Russian flags, Dutch orange, and over top of air horn and cowbell, were the sights and sounds of 13 noisy Canadians.

The adventure began at Canada Olympic House, or basically, a cottage in the middle of Sochi winter.
The group included Denny’s parents, brother, girlfriend and more.

The crew then geared up and headed for Adler Arena, rocking maple leaf Morph Suits. The loud Canadians got some attention in the building, and some screen time.

Look who we spotted in the building! @Denny_Morrison fans on the big screen. Cheer loud Canadians. #WeAreWinter pic.twitter.com/tilFnffRdp

The Dutch fans were getting drowned out, so they joined in. If you don’t have face cut-outs of your hero, you’re not nearly fan-enough. (P.S. That’s Denny’s brother and sister) Big fans: Denny Morrison’s friends and family cheer him on
12 Team Canada athletes who are Winter and Summer Olympians
De Haître: 2 sports, 2 Olympic Games, 7 months. Challenge accepted.
Shuttlecock and balls: The fastest moving objects in sport
McBean: Chaos and change can provide the greatest opportunities
What is the difference between racquetball and squash?