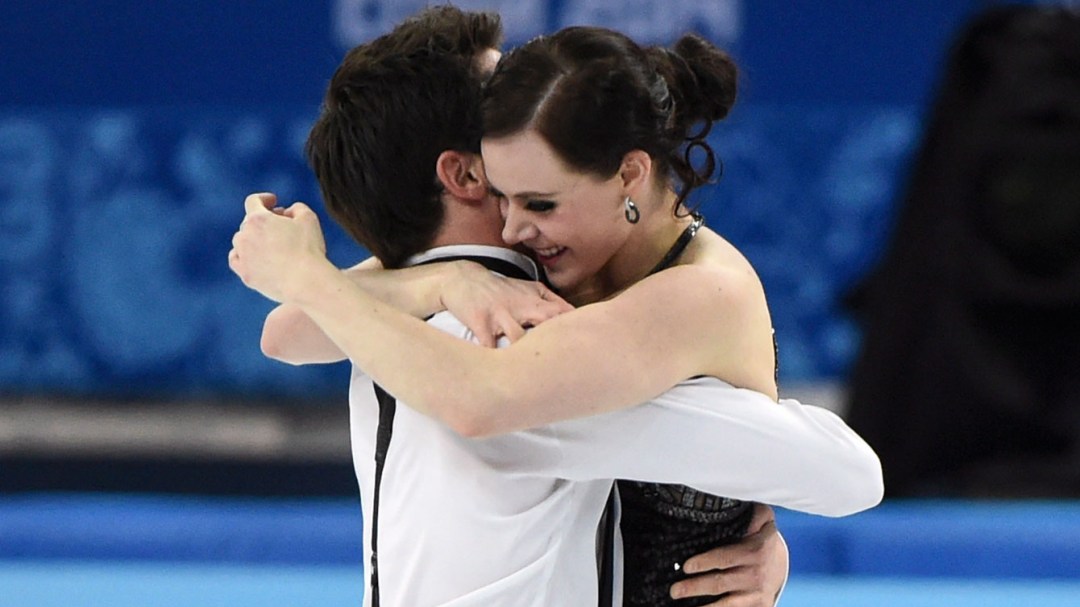 Virtue & Moir have their ideal short program in Sochi

SOCHI, Russia – Tessa Virtue and Scott Moir began defence of their Olympic title on Sunday night and are currently sitting in second place after the short dance with a score of 76.33 that puts them 2.56 points behind American rivals Meryl Davis and Charlie White.

It is an improvement of more than three points over what they earned in the short dance portion of the team competition earlier in the Games when Virtue had a misstep on a twizzle. Nearly a week later, they earned the highest levels of difficulty on all but one element, a section of the compulsory Finnstep pattern.

“That was more like it I said to Tessa right after we finished,” noted Moir. “That’s the skate that we’ve been having in practice. To do it on this stage it felt pretty good.” 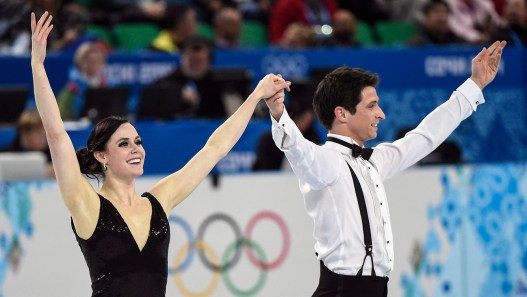 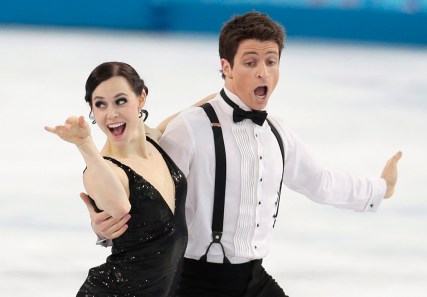 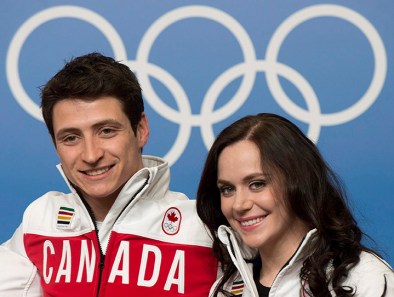 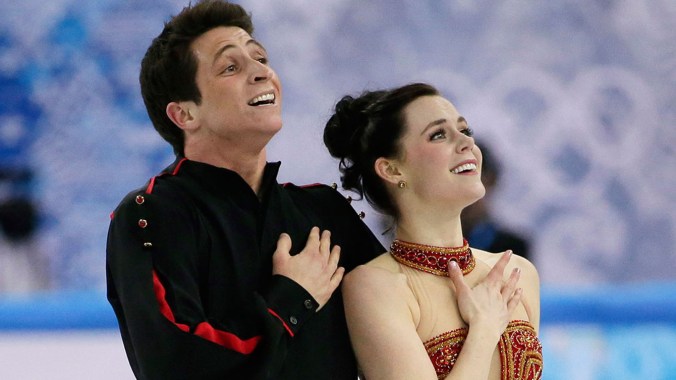 Tessa Virtue and Scott Moir compete in the free dance portion of the team event at Sochi 2014. 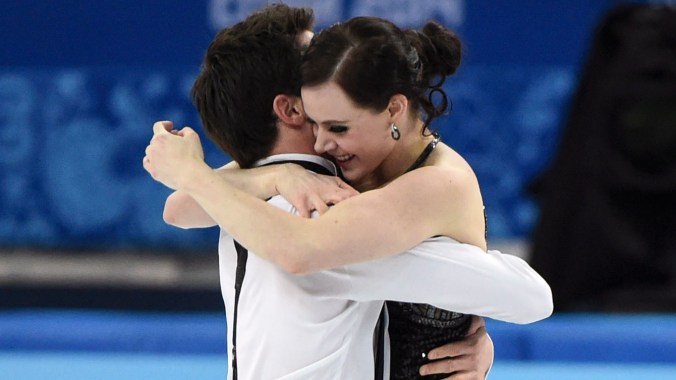 The Canadian captain had been anxious to get back on competition ice after being a part of the silver medal-winning squad in the inaugural team event.

“To be honest I’ve been twiddling my thumbs,” said Moir. “I didn’t think six days could last any longer than they did. This morning I woke up with a big smile on my face. It’s funny because we’re living the dream right now. We’re in the Olympic village and I was miserable. I just wanted my chance. I wanted to be out there and be on the stage and then do that.”

For her part, Virtue had taken a moment after practice earlier in the day to visualize how she wanted to feel standing in front of the throng of reporters following their performance.

“And it’s even better,” she told them, laughing.

Visibly thrilled with their performance when they finished, Virtue said that winning a second straight gold medal isn’t the be all and end all of this Olympic experience.

“We sat in the kiss and cry and looked at each other and said it doesn’t matter because that was the moment we wanted.”

They will be looking to have one last great moment on Olympic ice on Monday in the free dance.