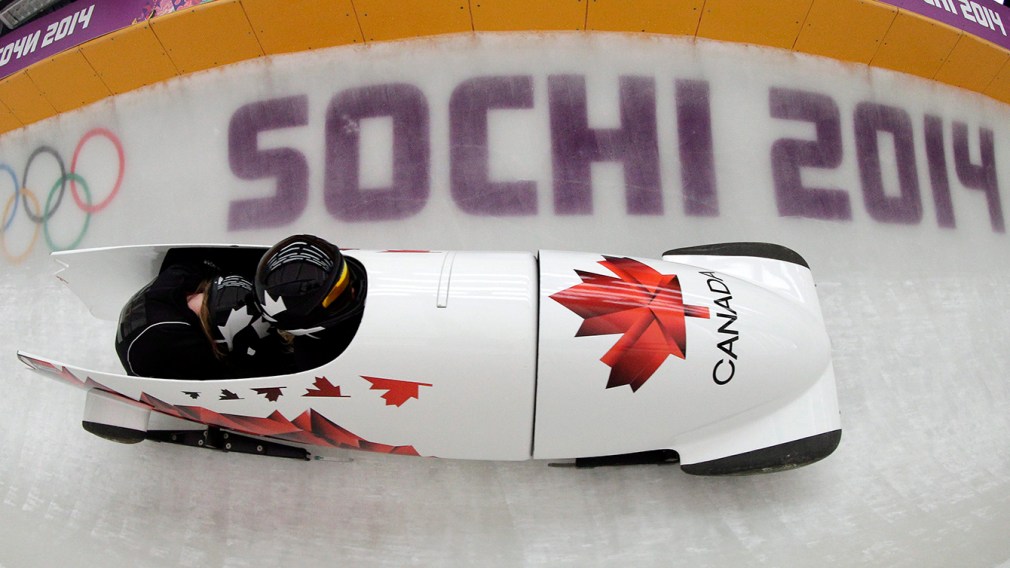 At the Olympic Winter Games there are few more crucial relationships than between a bobsleigh pilot and her brakeman. It must be unassailable, while hurtling down the icy chute.

But even a defending Olympic champion can struggle to express how this bond forms.  Kaillie Humphries raced to gold with Heather Moyse at Vancouver 2010, they have been re-united this season and Humphries leads all pilots in the standings.

The sport of bobsleigh is essentially divided into two parts. The start and the drive. The start, (or push), are those initial five seconds of fury. Every kilowatt of human power is critical, every stride, every spike dug into the frozen track. Both athletes must be as united as possible to make this work. For Humphries and Moyse, their success is more than plain athletics, it’s about respect. Kaillie mentions, “I trust that when she stands on that startline, she has done everything she possibly can to be her very best. And she trusts and has that confidence in me as well and when we push we know we’re giving our all. She’s an amazing athlete, a really great person, and it’s really special to have that bond with her.”

There is a gleam in Humphries’ eyes as she says this, her voice is alive and her chest swells the way it does when someone tries to describe a dear friend. Admiration is certainly among the emotions. Heather Moyse is, after all, an athletic wonder.

The 35-year-old Moyse has represented Canada in two other sports, rugby and track cycling. She won a silver at the 2013 Rugby World Cup Sevens, which will become an Olympic sport at Rio 2016.

Humphries herself is a force. She’s the type of person who transcends her appearance. In commercials, on twitter, in photographs, she is undoubtedly different. Pleasantly, the tattoos and style are only the beginning. The real story is this: she wins. Since Vancouver she has won World Championship medals in each year, with three different brakemen. This includes gold in 2012 with now pilot Jenny Ciochetti, and successfully defending in 2013 with Chelsea Valois, both who now make up Canada-2.

“Each and every one, we’ve found something that works. At the end of the day its all about being the very best you can be regardless of bonds and friendships, regardless of age, race, anything else. You’re doing the very best you can when you’re asked to do it and it’s that simple, every girl I’ve raced with has done that. I haven’t had to ask it of them,” says Humphries. Over the next two days Humphries and Moyse will have to ask a lot. Bobsleigh is also about track experience. On the Sochi track, the Russians have the edge, with Humphries only having about 40 runs at the Sanki Sliding Centre.

Despite acknowledging the Russian advantage, Humphries is professional in her view, “I have the exact same amount of runs as the rest of the world. I have confidence in myself and my abilities and my driving skill. I have confidence in Heather and my teammates and that I can stand on that line knowing that I’ve done everything I can to learn that track.”

Also, it doesn’t hurt to have that inexplicable specialness.

Defending Duo: Humphries and Moyse aim to turn magic into Olympic gold
What to expect from Canadian tennis players at the French Open
French Open Updates: Eugenie Bouchard continues to perform in Paris
Shuttlecock and balls: The fastest moving objects in sport
Adventure, culture and food: 9 things Peru is famous for
Katherine Surin: Lessons learned from an ordinary yet extraordinary father