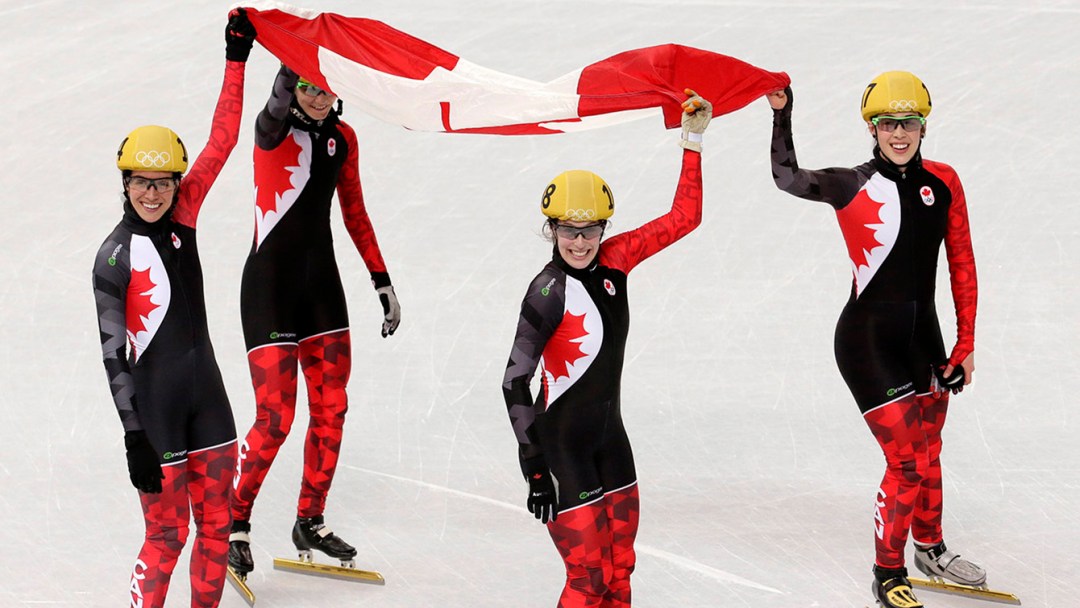 Canada’s short track women wrote a positive ending to the day at Iceberg, winning a silver in the ladies’ 3000m relay.

Marie-Ève Drolet, Jessica Hewitt, Valérie Maltais and Marianne St-Gelais were sitting third for the first half. The Italian team in fourth went down just after the two-minute mark opening the door for a sure medal with a clean finish. 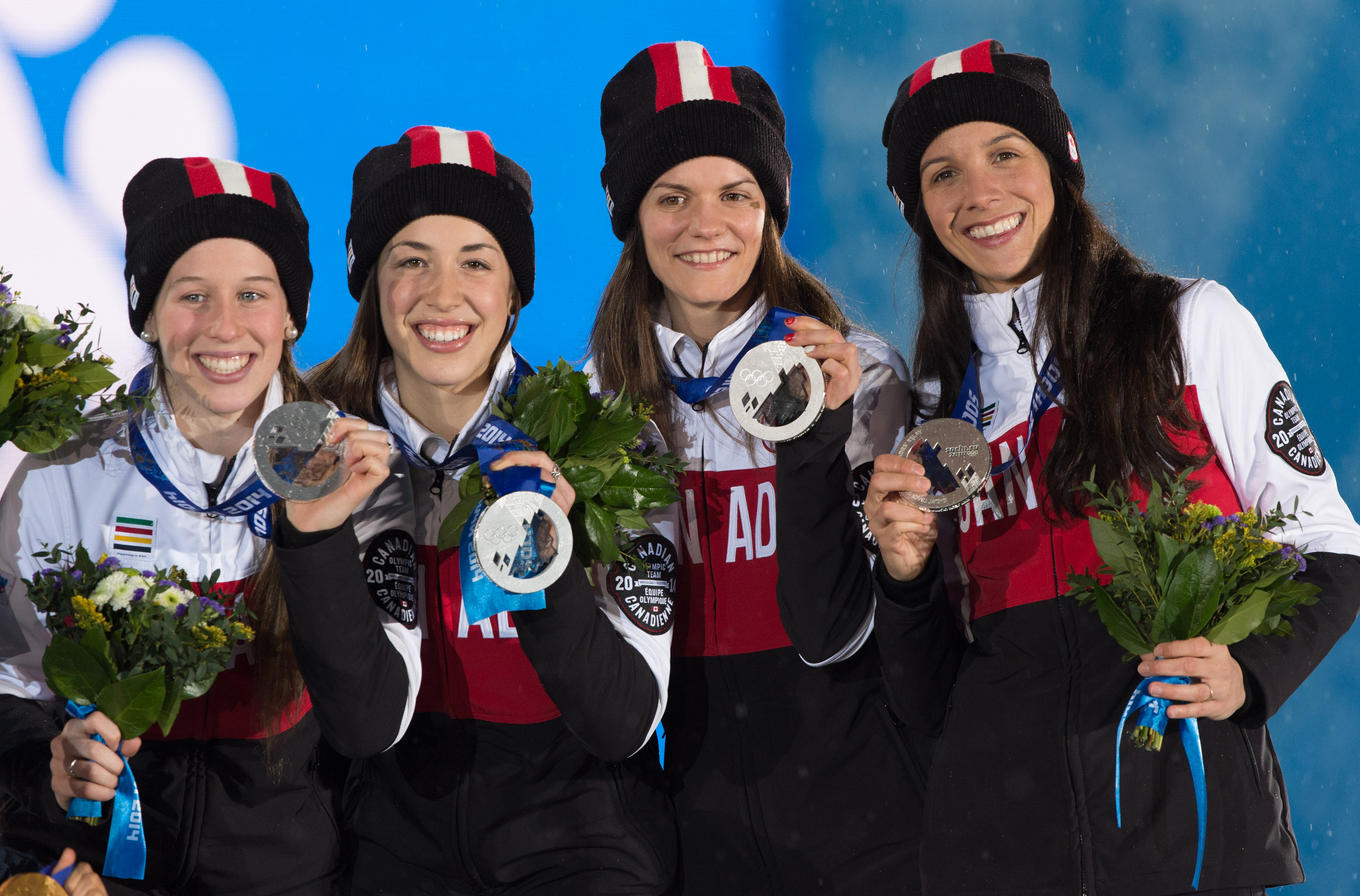 Hitting the bell lap, the strong Chinese and Koreans were battling for the lead and Canada could not catch them. At the finish line, Canada was in the bronze medal position.

However, at the end of the race, China was penalized, moving Canada to official silver. 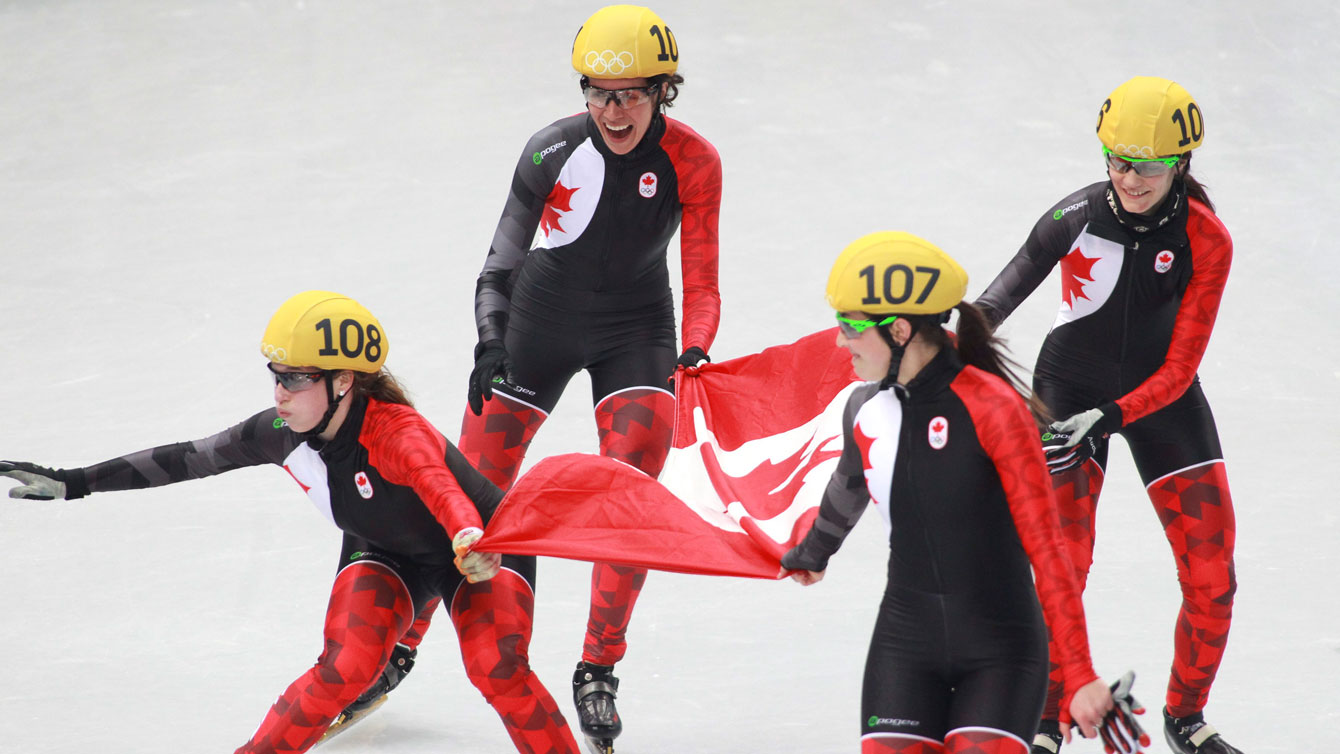 Short track team skates with the flag following the final result, a silver for Canada as China was disqualified.

It was a happy punctuation to an up and down day for Canada. Valérie Maltais set an Olympic record of 1:28.771 in her 1000m, but Marianne St-Gelais would fall. Later, defending Olympic champion Charles Hamelin would fall, almost inexplicably, while clear of the field in his 500m heat.

Canada’s 3000m relay has now won a medal in seven straight Olympic Winter Games, the only country to achieve this. 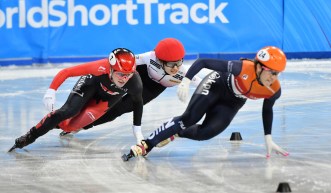 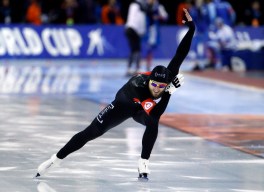 At Sochi 2014, Marie-Ève Drolet returned to the Olympic Winter Games, winning silver in the 3000m relay, 12 years after...