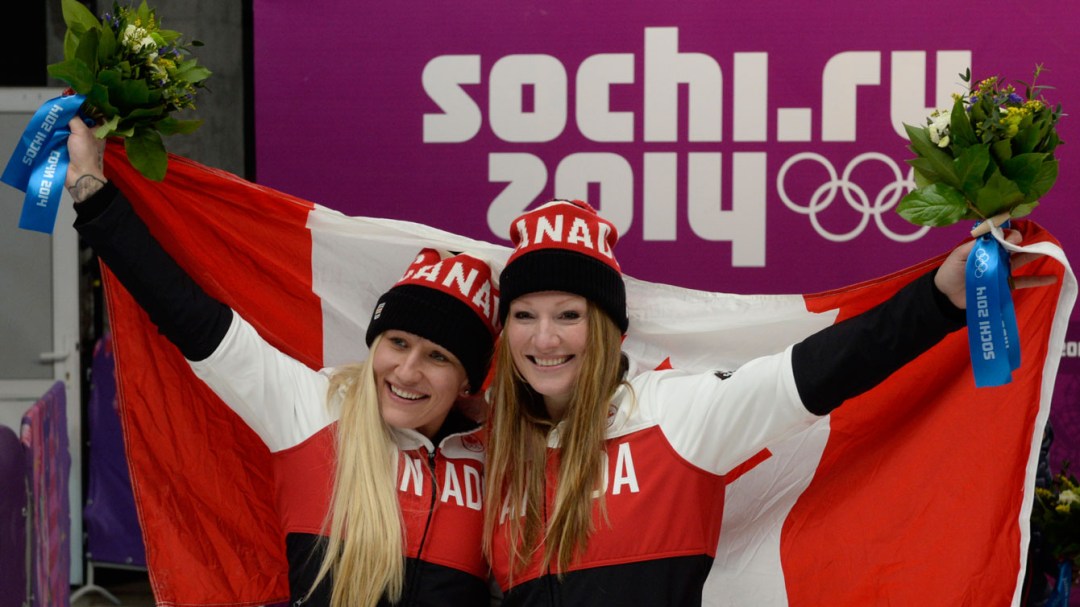 Pulling off a stunning comeback, Kaillie Humphries and Heather Moyse retained their Olympic title by winning gold in women’s bobsleigh at Sochi.

The Canada-1 sled was 0.23 seconds behind Elana Meyers’ USA-1 following the first two runs the previous night. Humphries described the ongoing rivalry at the Olympics and World Cup circuit with Meyers as a “battle royale” and credited the American for bringing out the best in her.

“Elana and I went into this season knowing it would be a challenge for us both,” Humphries said. “In order to be the best, you need to be pushed by the best.” On Wednesday’s first outing (Heat 3), Meyers and her brakeman Lauryn Williams had another fast start (they set the track record a day earlier), but had a bumpy ride of 57.69 seconds.

That opened the door for Humphries, who was next on the track. She and Moyse cut 0.12 seconds off the lead posting a time of 57.57.

Now a second straight Olympic gold medal within reach, Humphries and Moyse drove to a time of 57.92 in their final run. Humphries said in a post-race press conference that given the physical demands of her discipline, this was the best they could have done and were content once the sled came to stop in front of a stand filled with maple leaf-clad family, friends and supporters. “I drove the track the very best that I knew how. When we got out the sled after that fourth run, we both knew without even saying anything that we had done everything that we could.”

With reverse order in effect, Meyers had the final sled and could only deliver a 58.13, her slowest time of the four heats. That created a combined 0.33 seconds swing in favour of the Canadians, who took the gold medal with a total time of 3:50.61 to Meyers’ 3:50.71.

For Canada, the women’s bobsleigh triumph was the second successful gold medal defence of these Games. Earlier in Sochi, Alex Bilodeau followed up his Vancouver performance with a repeat trip to the top of the podium. For Moyse, a member of the Canada’s women’s rugby team, this day only became imaginable after a long period of adjustment following hip surgery. “I knew I would recover and be athletic and competitive,” the women’s Canada-1 brakeman said, “but we’re talking about a sport that comes down to 1/100th of a second. You have to believe that everything is possible.”

Humphries and Moyse made Olympic history for Canada, marking the first time a country has won two gold medals in women’s bobsleigh. Humphries says she is not done making an impact on her sport.

“There’s a lot that I still want to achieve. Women’s four-man is something I’m going to start adamantly pushing for,” Humphries said, which highlighted the one fewer event for women in bobsleigh at the Olympics.

In one form or another, it seems Humphries’ legendary determination will be a part of the Canadian sport fabric long after Sochi. 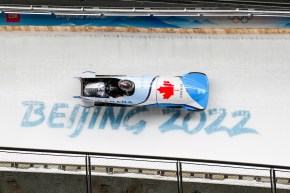 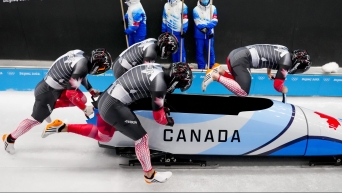