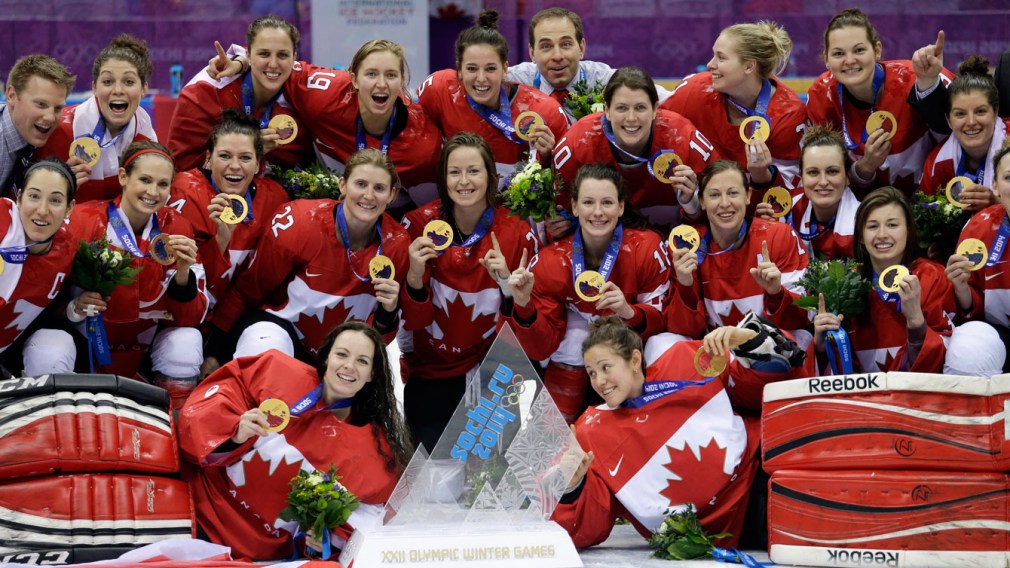 Best game ever? Maybe. At least so far. Unless you’re an American fan, in which case it was awesome, then scary, then upsetting, then well…Marie-Philip Poulin happened, again. 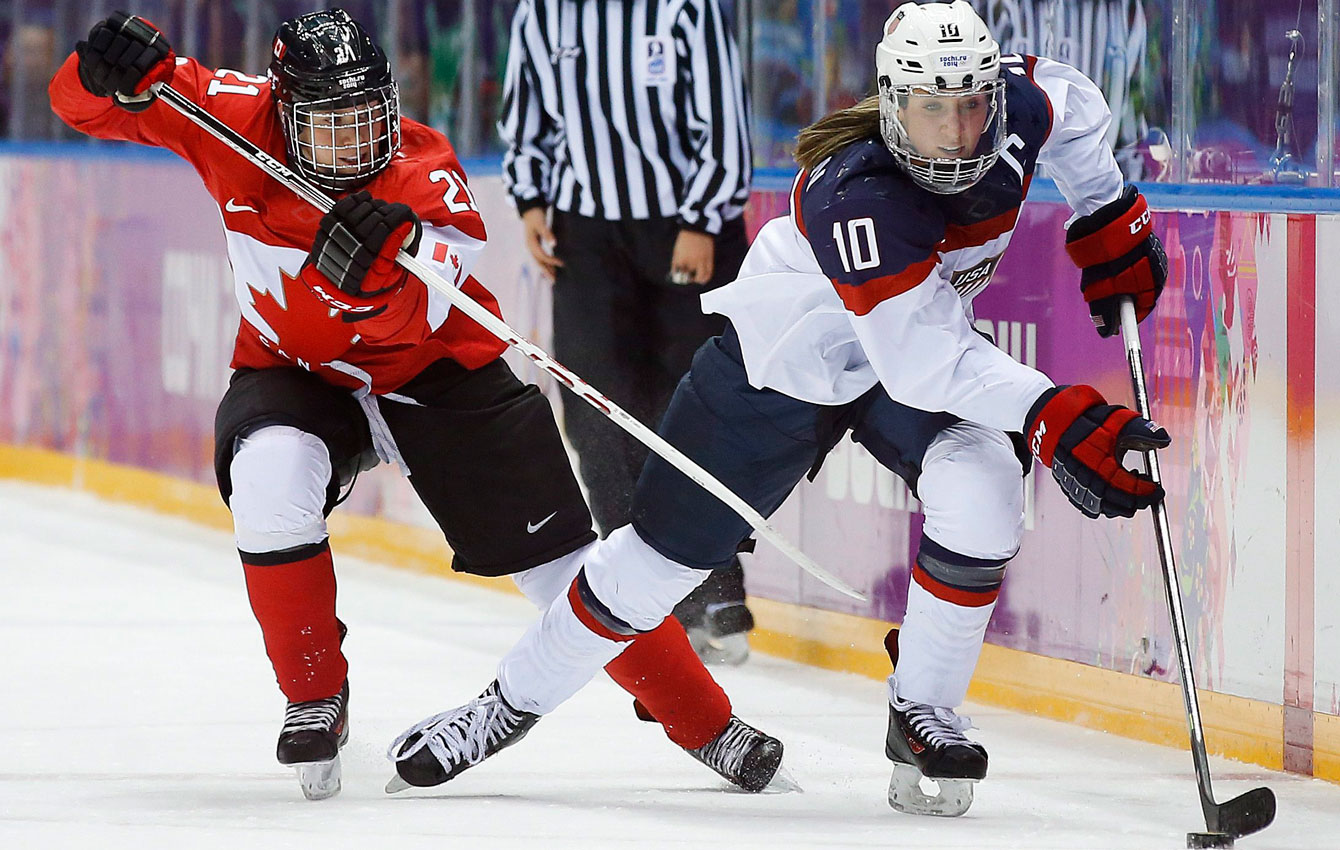 You know those few blank pages they put at the beginning of books, and then the ‘Prelude’ that you don’t want to read but do anyway in case you miss something? That was the first period of this game. No goals. A few penalties. No one got mad.

The US win the second 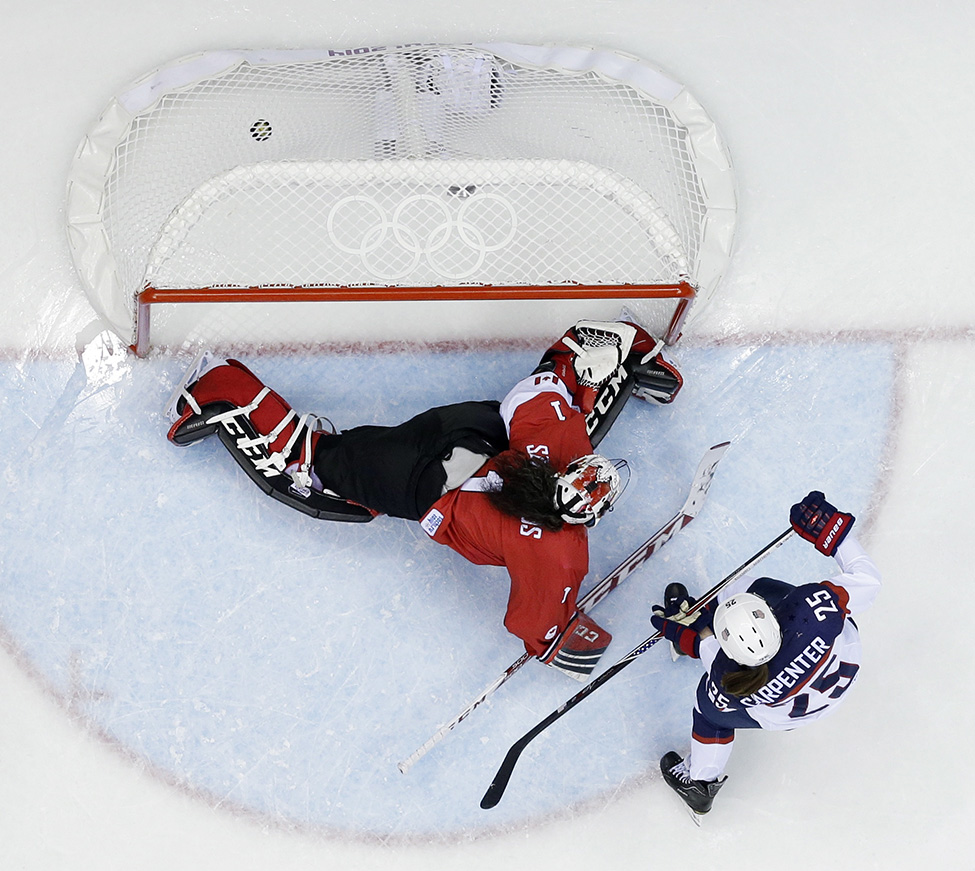 The USA potted the game’s first goal with an even strength one-timer by captain Meghan Duggan. It was a pretty good shot, and it had to be, Shannon Szabados was really good to that point. Later in the period Canada was given a two-man advantage, but couldn’t convert. 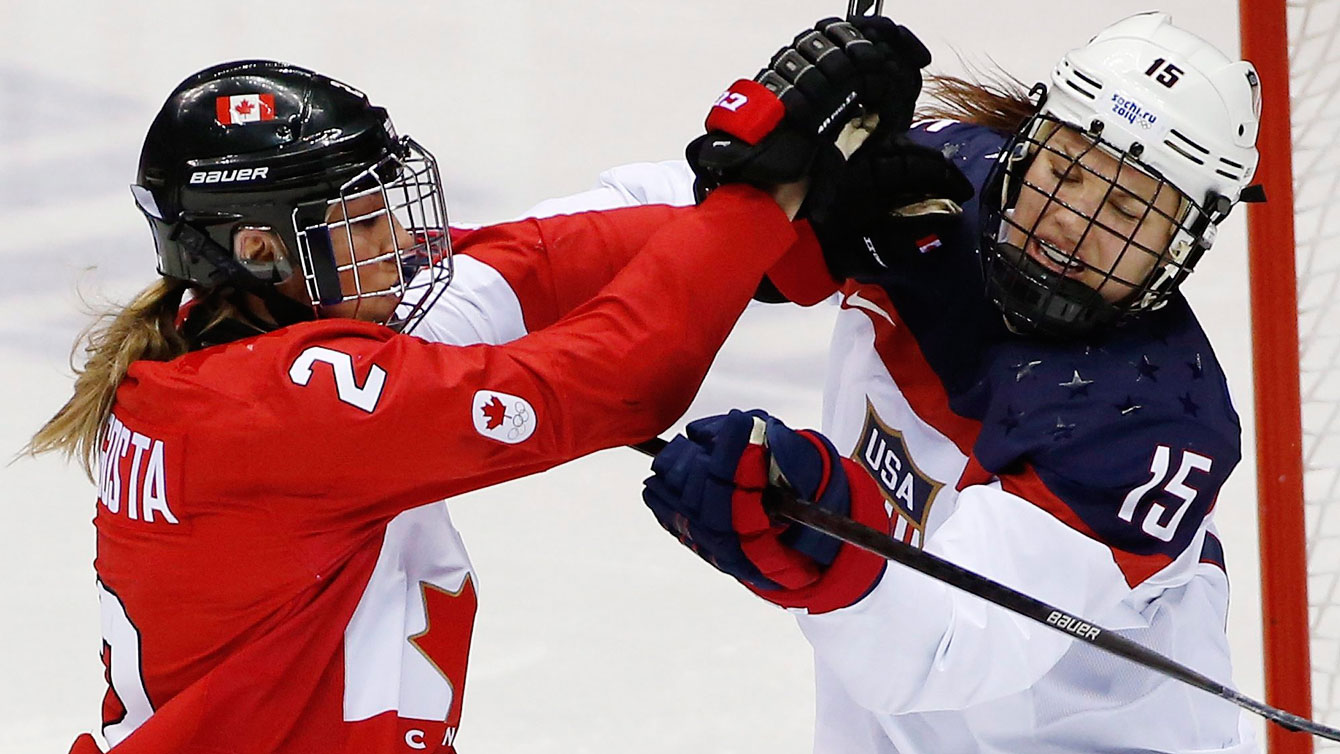 At the beginning of the third period the score was still 1-0 for the Americans. Tara Watchorn took her third penalty of the game, and felt really bad about it. Then she felt worse because Alex Carpenter of the US tipped a puck past Szabados. 2-0 USA.

“No matter what was going to happen we were going to fight until the end, and we would never give up” – Caroline Ouellette The Americans did a really good job of keeping Canada to the outside. Or basically, nowhere near the net. They allowed only 7 shots on Vetter until Brianne Jenner snuck one in behind the US netminder with 3:26 to go. Game within reach. 2-1 USA.

“When we got one we felt alive” – Jayna Hefford

Then things really got interesting. 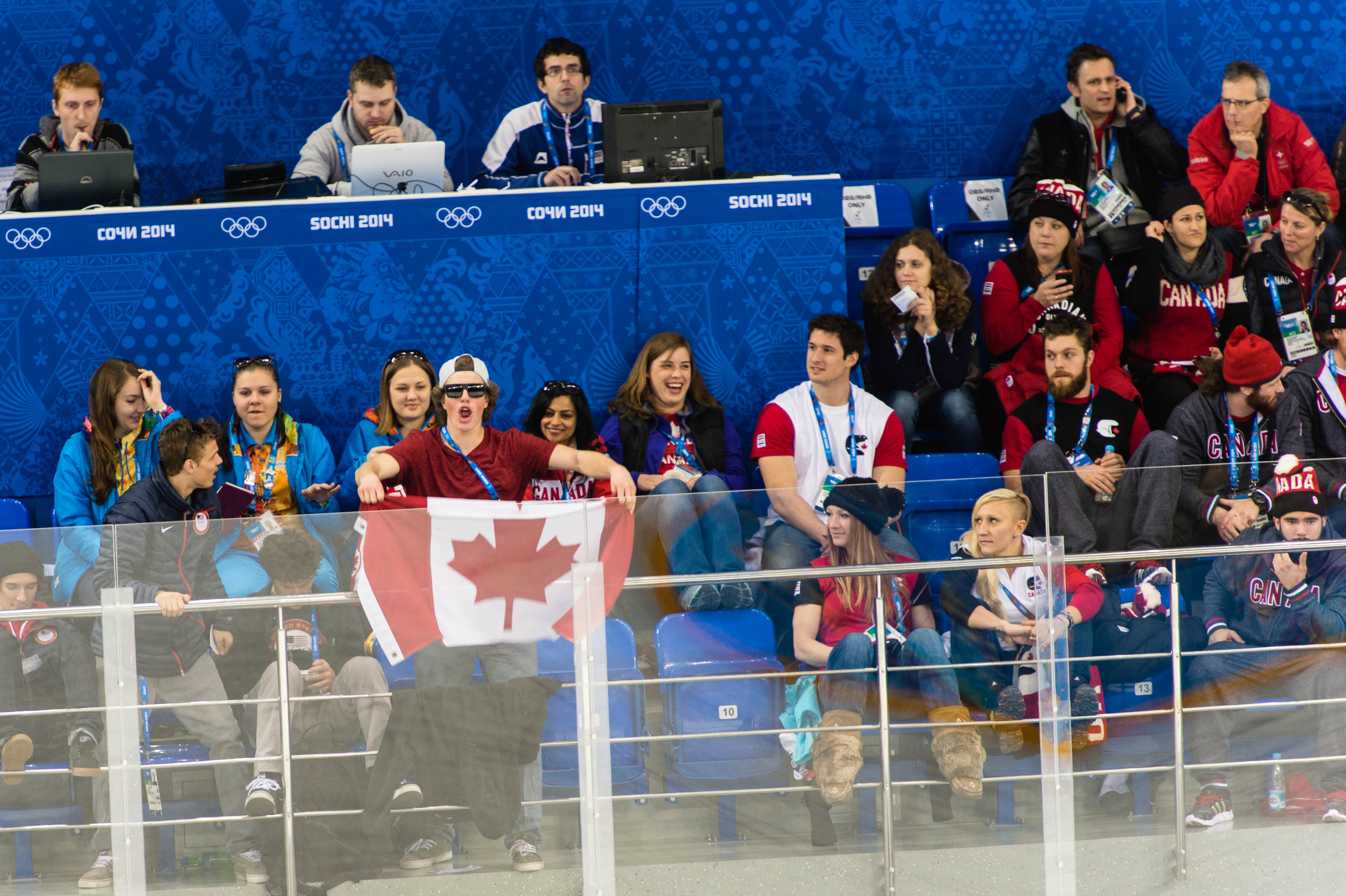 ACT I: Shannon Szabados is standing on the Canadian bench when American Kelli Stack tries for the empty net…the linesmen isn’t paying attention and gets in the way of Canada’s defence. Puck slides all the way down the ice and…hits the post.

ACT II: Can you believe it? With 55 seconds left in the game, Marie-Philip Poulin decides to be super-clutch and tie the game. She’s good like that. (Scored both goals in the Vancouver 2010 gold medal game). 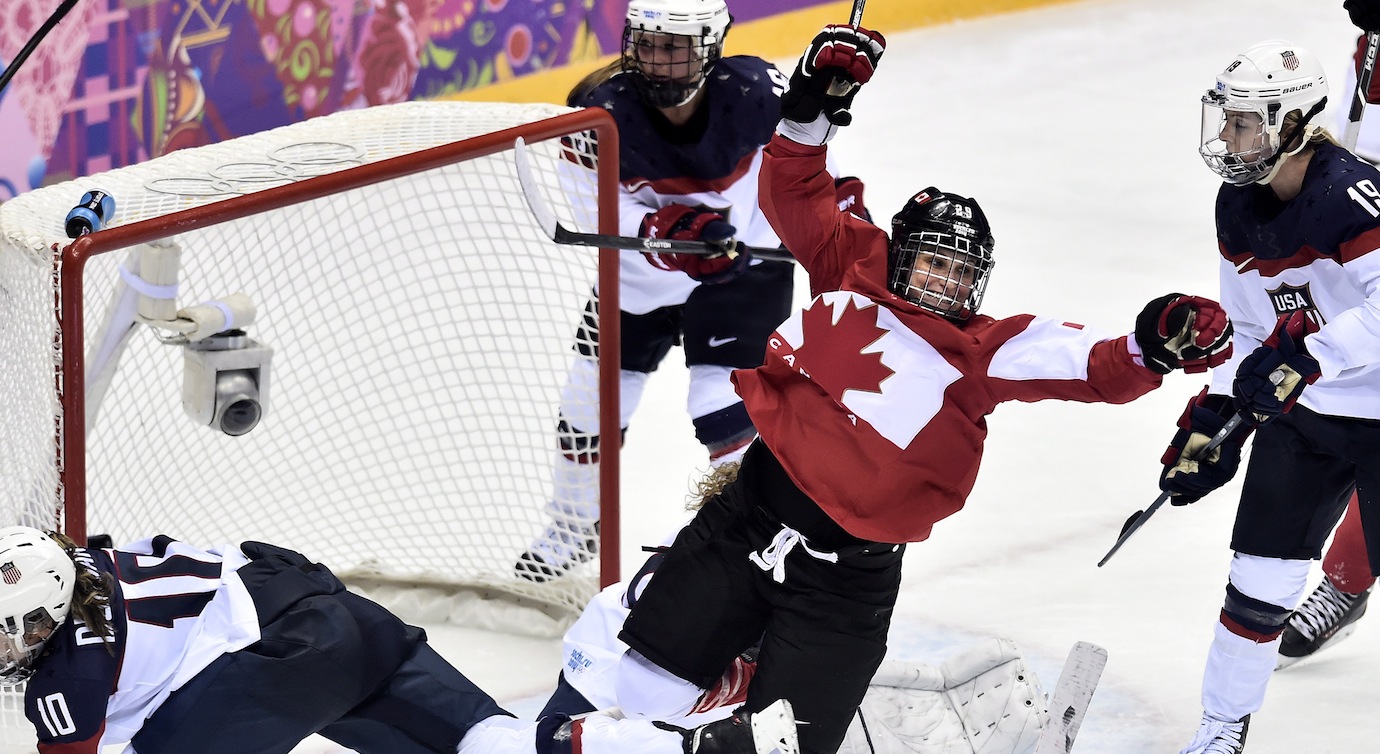 ACT III: In OT, there are two separate penalties and it’s 3-on-3 hockey. Pretty cool. It looked like a poorly attended lake hockey game, big ice and only six skaters. Hayley Wickenheiser actually gets a breakaway but she’s super tired and can’t get a step, instead she gets hauled down. No penalty shot, but Canada was given the extra attacker.

CURTAINS: With the 4-on-3 Canada worked the puck around, a little too much it seemed. But just kidding because they knew what they were doing…getting it to Marie-Philip Poulin. She scores. Wickenheiser, Rebecca Johnston and Laura Fortino are also on the ice.

“They got the puck on the right stick.” – Coach Kevin Dineen 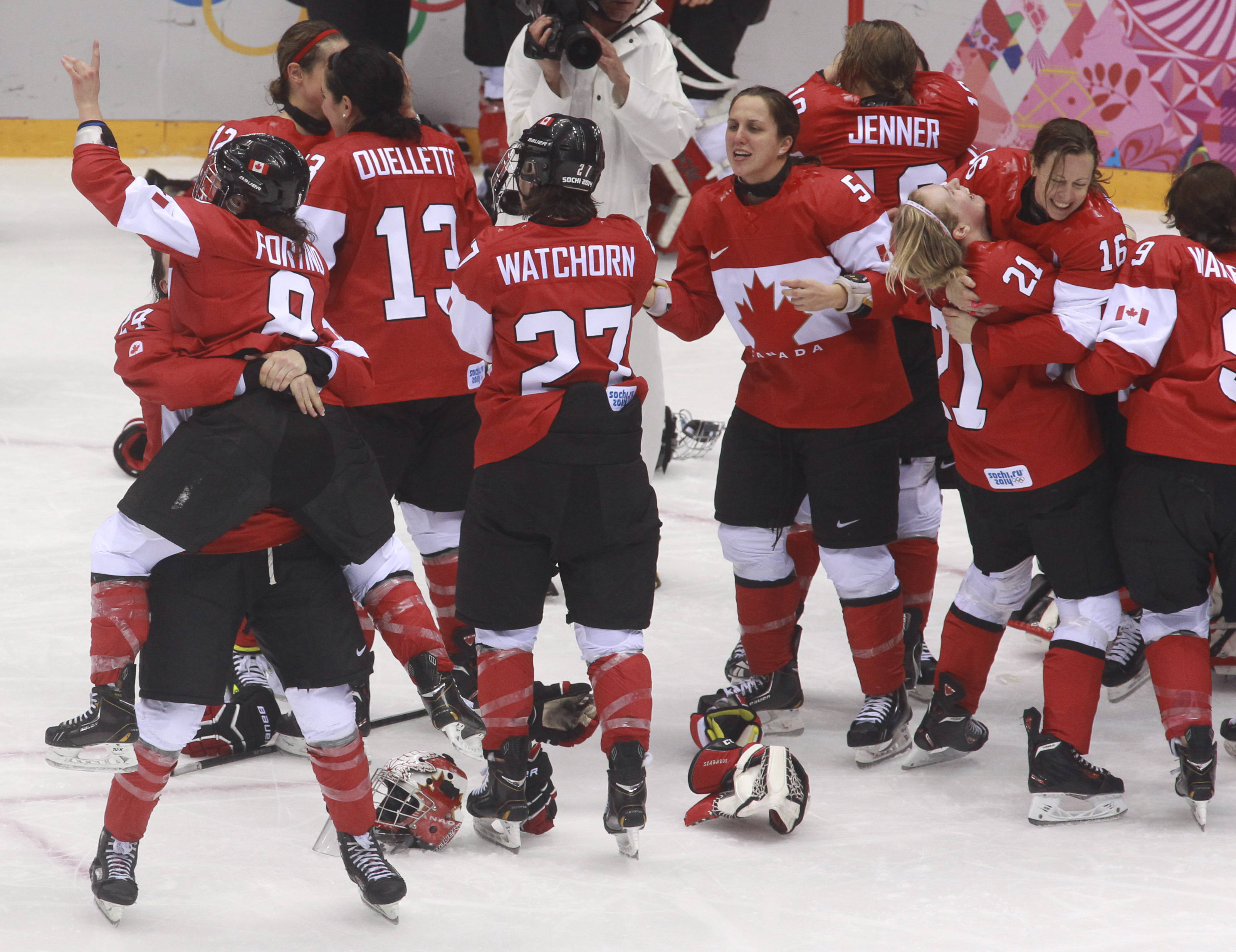 “I couldn’t believe it tonight. It’s the best feeling ever.” – Marie-Philip Poulin

That could have been the greatest women’s hockey game ever played. “One for the ages,” Dineen said after the game. We agree sir, we agree.

Best game ever? What the players think about a gold medal game ‘for the ages’
Eight must-visit cycling spots in Canada
What is the difference between racquetball and squash?
Shuttlecock and balls: The fastest moving objects in sport
Track and Road Cyclists Nominated to Team Canada for Tokyo 2020
Getting vertical: The highest jumps in sport