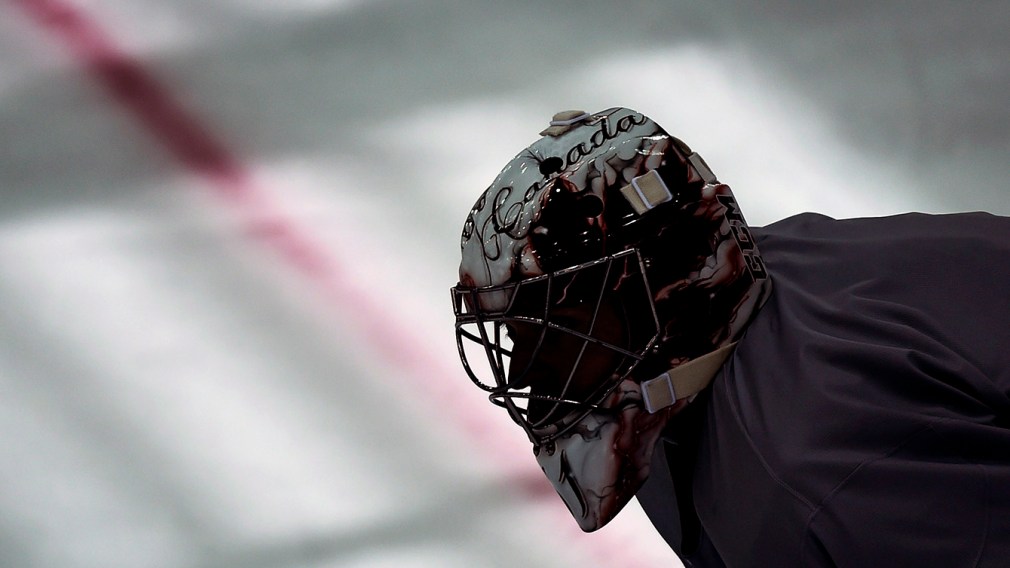 In total it will take six games to win the 2014 Olympic tournament. Canada and Sweden have arrived at the pinnacle, both unbeaten, and by the most efficient of schedules.

Canada has never trailed a game. Sweden once spent 5:22 down a goal. Although numerically Canada has won their last three by only one, it never felt as if the team was in peril. Even when Latvians were chipping pucks and young Kristers was stopping everything. Missing two Henriks to injury, Sedin who didn’t come and Zetterberg who fell mid-tournament, the Swedes also have a defenceman as acting-sniper. Erik Karlsson has four goals and four assists.

With the game at 4 pm in Sochi, it will be an early morning for the Canadians who rise to watch. Even on a Russian coast, all this way across the world, the heat of a country’s expectations are being felt by the players, “I think we feel pressure. We know everybody is watching,” Sidney Crosby said Saturday after practice. And Sweden too, “Playing Canada, which is the hockey country of the world, you know how many Canadians are going to watch the game tomorrow. It’s the same thing in Sweden. We’re going up against a great team, but we feel we’re playing pretty good hockey right now and looking forward to tomorrow’s contest,” said Daniel Alfredsson. Expect a very tight, defensive game. A one-goal scenario is far from unlikely. The Canadians haven’t dazzled on the scoresheet, and the measure of skill here in Sochi has been most evident at the blueline and in net. Not that forwards don’t factor in their own zone, but Carey Price has a 0.74 goals against average. Drew Doughty and Shea Weber decided in addition to keeping pucks away from Price, they’d throw a few in going the other way. Which won’t be easy on Sunday, as ‘the King’ will be in goal.

“I think they’ve been doing a good job of keeping it really tight, not taking too many chances, and I think we’ve been playing really well as a group, especially in the last couple of games,” said Henrik Lundqvist who himself has an excellent GAA, at 1.20. The hockey’s been good. It’s heartening to see such disciplined structure in place, with many teams. The wider ice makes outside the circle basically no man’s land. Finland managed a bronze pushing everyone into this area, Canada did the same against the US.

While Team Sweden are the reigning World Champions, Canada won the last Olympic Games. In the 16 previous Olympic meetings between them, Canada is 12-3-1. Yes, there was once a tie. For all the anticipation, Sunday’s game will be an exciting end to a great tournament. Mike Babcock sets pressure aside and recognizes the moment, “I will take the pressure all day long. It is exciting and we have an opportunity to do something real special and so do the Swedes, so we will have fun,” he said.

Although it will take only 11 days to play six games, the biggest is saved for last. This is what they came for, a game in which winning means everything and the result will make forgotten history of schedules, system and all the rest. Final test: Team Canada one win away from hockey gold
Eight must-visit cycling spots in Canada
What is the difference between racquetball and squash?
Shuttlecock and balls: The fastest moving objects in sport
Track and Road Cyclists Nominated to Team Canada for Tokyo 2020
Canada’s National Sports Organizations plan for safe return