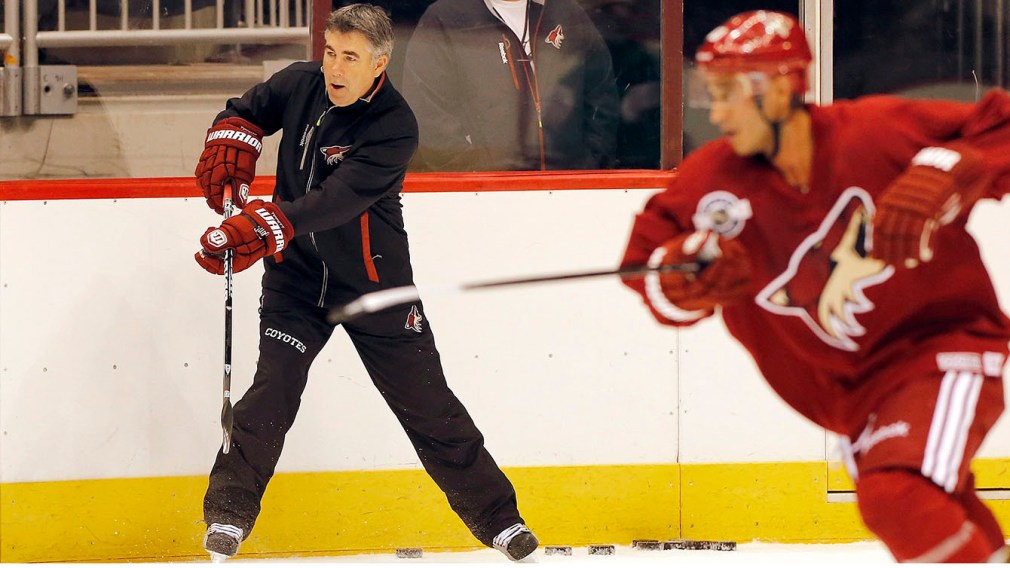 Note: On Thursday, Hockey Canada announced 20 of the players they will bring to Belarus, as usual, they can add players eliminated from the Stanley Cup Playoffs later on.

Tippett won the Jack Adams in 2009-10 with the Phoenix Coyotes, the team he currently coaches. As a player he was a two-time Olympian, winning a silver in 1992. He also played 721 NHL games. Both assistant coaches, DeBoer and Maurice have led an NHL team to the Stanley Cup Final. The tournament will run May 9 to 25 in Minsk, Belarus.

Olympic gold medallist and Team Canada general manager Rob Blake was part of choosing the trio, “We are very pleased with the coaching staff that we have assembled for Belarus,” said Blake. “Dave, Peter and Paul have had great experience and success at all levels of hockey, and we know that they will ensure that our team is very well prepared for the world championship.”

Blake worked with a management group to chose both the initial team and coaches. That group includes including Brad Pascall, Ron Hextall, Brad Treliving and Steve Staios.